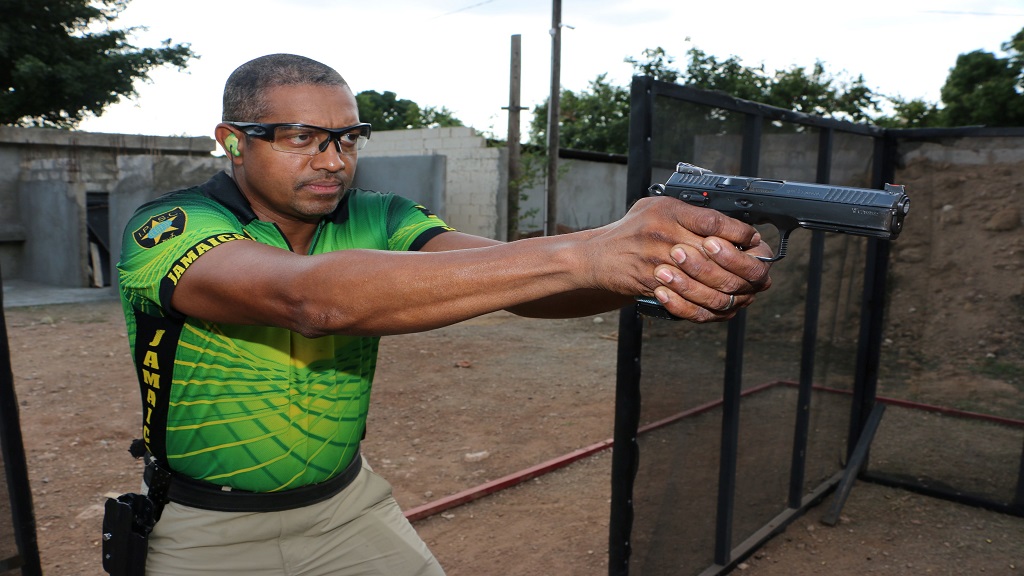 Although the COVID-19 pandemic called a halt to regional and international tournaments, the Jamaica Rifle Association’s (JRA) practical pistol squad have been staging monthly mega matches since May with marksman, Ryan Bramwell dominating the competitions.

After three months of matches, the top local and regional shooter remains undefeated, taking the Standard Division as well as the overall title on each occasion despite fierce competition. For the big match up in May, Bramwell scored 425 points to finish way ahead of runner-up Anthony Johnson, who tallied 330.823 and Chris Hart, who was third with 329.010.

“I have learned that the hallmark of a top performer is consistency, and while I know I don’t need to win every stage, I do want to win every match so I focus on consistency and thankfully I’ve been on streak,” Bramwell said.

While the local landscape has always been competitive, 2020 has brought heightened focus on homefield competitions as the pandemic forced a series of postponements including the United States Practical Shooting Association (USPSA) Area 6 Championships, which should have been held in March in Florida; and the highly anticipated International Practical Shooting Confederation’s (IPSC) World Shoot originally scheduled for November but postponed until next year.

In addition, Jamaica was set to play host to Caribbean and American shooters at the Jamaica Invitational Pistol Tournament (JIPT) over the Easter weekend in April, but the prestigious competition was called off due to restrictions on travel because of health and safety protocols.

“With travel now involving 14-day quarantines to invite shooters here or to travel to a tournament it is not practical so we are focusing on local competitions,” Bramwell explained.

Although initially the pandemic disrupted practice and tournament schedules, the pistol shooters soon integrated the recommended safety precautions into their match procedures in order to resume training and competing.

“To stay safe while we’re competing, we shoot in small groups to allow for social distancing and we are also rigorous about sanitising,” Bramwell explained. “Naturally, we were disappointed that some of the bigger tournaments we have been preparing for are not going to happen, but the local competition schedule is giving us a lot of motivation to keep training and keep improving.”