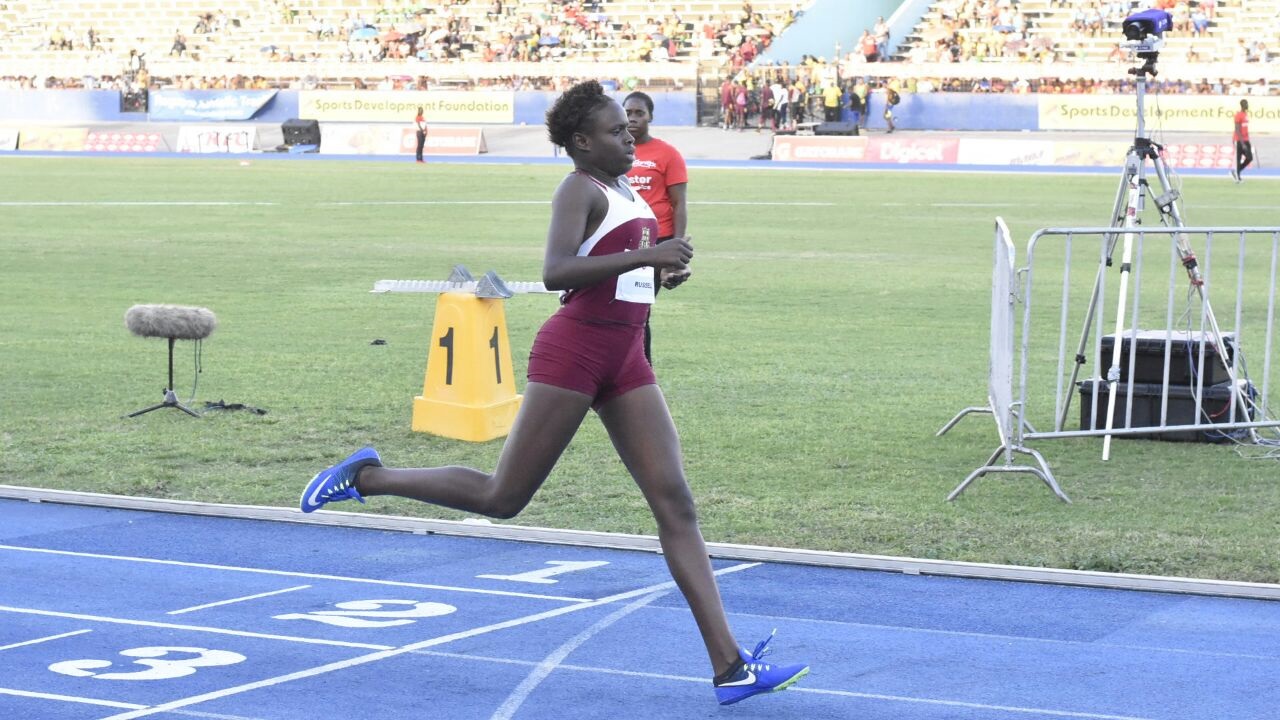 Holmwood Technical's Rickiann Russell wins the Girls' Under 17 400 metres final in a new meet record of 54.41 seconds at the Digicel Grand Prix Finale at the National Stadium on Saturday. (PHOTO: Marlon Reid).

Holmwood Technical's Rickiann Russell accounted for the first championship record on the track at the Digicel Grand Prix Finale - G C Foster Classic - at the National Stadium on Saturday.

Russell won the Girls' Under 17 400 metres in 54.41 seconds, which erased the previous championship record of 54.49 set by Joanne Reid of St Jago.

Hydel High hit back in the Girls' Under 20 400 metres through Charokee Young, who won in 53.42. Janielle Josephs of St Andrew High finished second in 53.80. 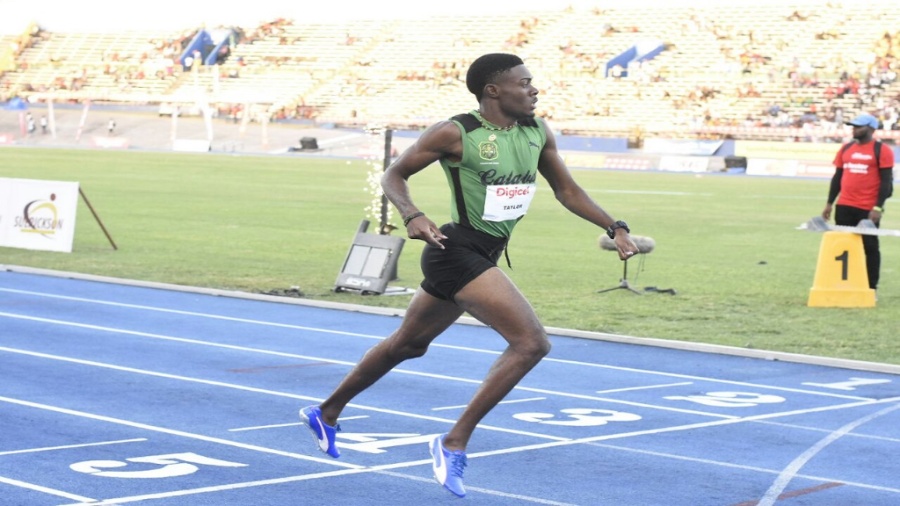 In the Under 20 final, Taylor outclassed the field with a 45.92 clocking. Maneesh Vassell of Rhodes Hall got the better of Holmwood Technical's Bovel McPherson for second place. Both athletes were credited with the same time - 48.02.