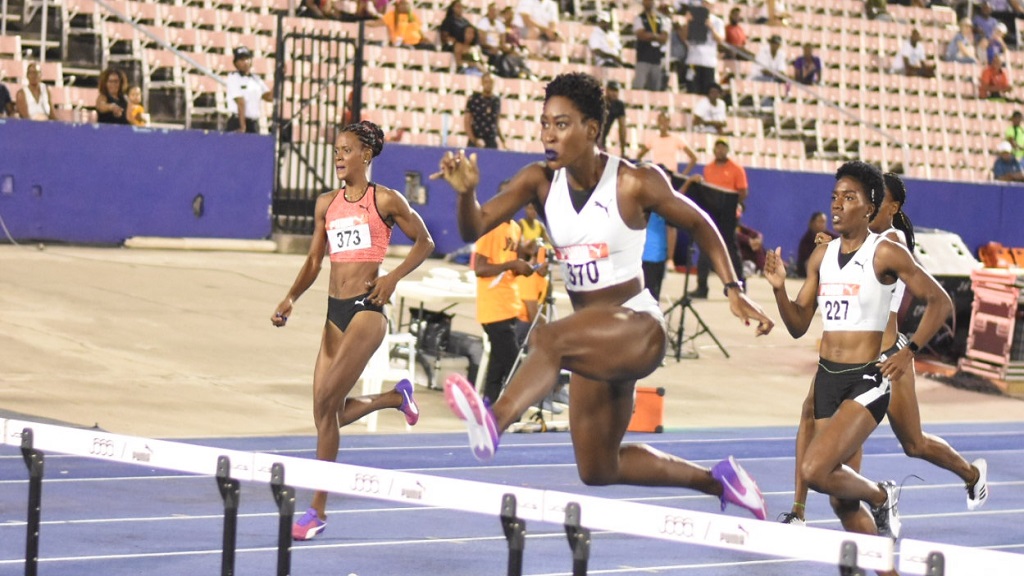 Rushell Clayton on her way to an upset victory in the women's 400m hurdles final at the JAAA/Supreme Ventures National Senior and Junior Championships at the National Stadium on Friday, June 21, 2019. (PHOTOS: Marlon Reid).

The 26-year-old from Swept Track Club won the event in a personal best 54.73, while the big favourite Janieve Russell, the 2018 Commonwealth Games champion, finished out of the medals in fourth. She clocked 55.57.

Shiann Salmon, the World Under-20 silver medallist, came through for second in 55.39, chopping 0.15 off the personal best she set in the semi-finals. Rhonda Whyte, the 2017 champion was third in 55.41.

“It means everything. When I say everything I mean everything, I have been working so hard for this and it’s finally here,” said Clayton, hinting that there are bigger things to come.

“It’s just to move onwards from this.”

Clayton, whose previous best was 55.08 set a year ago, said she felt the personal best coming.

“Knowing who I am competing with the time will come so my aim was just to finish in the top three and I finished first and I got 54 and that’s awesome,” she said. 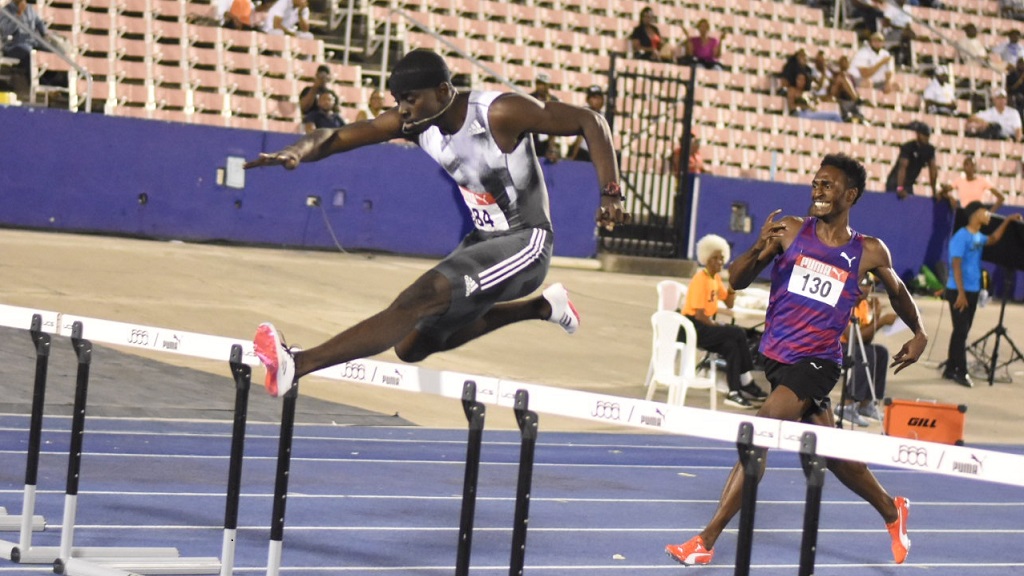 Kemar Mowatt clears a hurdle on his way to victory in the men's 400m hurdles final.

The surprises continued in the men’s 400m hurdles. Kemar Mowatt took his first national title in 48.70, moving to fifth on the 2019 world list. Romel Lewis was a distant second in 49.46 while Jaheel Hyde, a two-time World Under-20 champion, followed him home in a season-best of 49.57.

Mowatt's winning time of 48.70m means he books a ticket to the IAAF World Championships in September.

“For the last couple of months I have had injuries so I wasn’t able to practice, so I only had four good weeks of practice, so it was all God,” he said while explaining his post-race celebration.

He said he will use the time between now and the World Championships to get himself into better shape.

“I am sure I will have some Diamond League races, I’d prefer those leading into Doha,” he said, revealing that he feels like he is still in background training.

He said that his days competing in NCAA track and field for the Arkansas Razorbacks helped him win the title.

“It built my confidence. It’s something I am used to, so the challenge of the other guys doesn’t really phase me.”