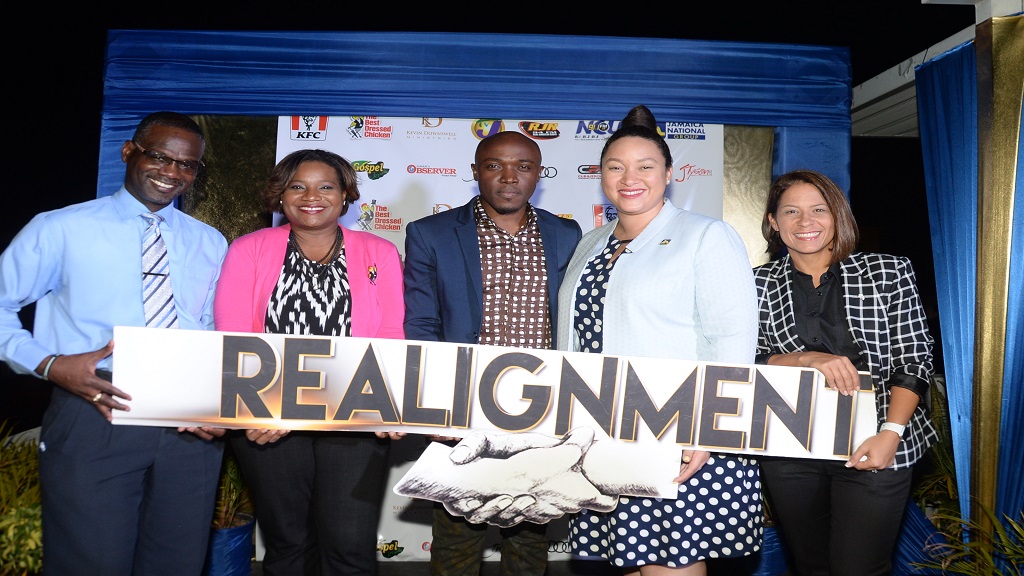 At the launch of the Realignment Tour, Chapter 3, held at the JN Financial Centre on Belmont Road in Kingston recently, Kevin Downswell said that the work to be done at the schools included: refurbishing of the facilities; building a reading room; establishing mobile partitions; and the introduction of a breakfast programme at Ferris Primary School.

“We are also be going to be doing a programme with the community. Savanna-La-Mar is still a farming community, and so we will be focusing our energies on the community where we are going to be working with them to teach them to farm their own gardens and ultimately help them to make their own money,” he said.

In addition, he said the work with the schools will include a seven-month mentorship programme with teachers and students.

Denzil Thorpe, permanent secretary at the Ministry of Gender, Entertainment and Sport commended Kevin Downswell and his team on the projects, as he pointed out that the country is experiencing challenging times as it relates to crime and violence and the attacks on children.

Thorpe noted that Ocho Rios High School, in particular, was in need of the intervention, being afforded through the Realignment Tour Chapter 3, as the school community was still grieving from the recent kidnapping and murder of a student, which has left the school community in mental trauma.

“It is noteworthy that the intention is not only to provide physical resources …. the aim (of this initiative) is also to be big brothers and sisters, offering mentoring and care to students in need,” Thorpe said.

Nakeeta Nembhard, marketing manager at The Jamaica National Group, one of the sponsors of the initiative, said JN welcomed the partnership with Mr Downswell, who is also JN Group’s Ambassador, in the implementation of this initiative.

“This two-year partnership, a marriage of sorts between JN and Kevin, has brought us to that single purpose to focus on Jamaicans and the values which matter, the values that align us. Values of respect, honesty, pride reliability, confidence and authenticity, which define our Jamaican brand,” she said.

Nembhard said the realignment Tour has shown that hope has not been lost; and over the years, the initiative has impacted and inspired many people by its message.

The Realignment Tour, which is sponsored by KFC, will commence at Manning’s High School in Savanna-la-Mar on June 21. A performance will also take place at the Ranny Williams Entertainment Centre in Kingston on June 22 and the final stop will be at the St Hilda’s High School in St Ann, on June 22.

In 2017, The Kevin Downswell Ministries embarked on the Realignment Project, which focused on children across Jamaica, who were abused and neglected; and bringing community members to join together, to assist in building up their own space.

His ministry has also impacted more than 120 children, in state care, providing them with solid and consistent mentorship, spiritual support, clothing and food.