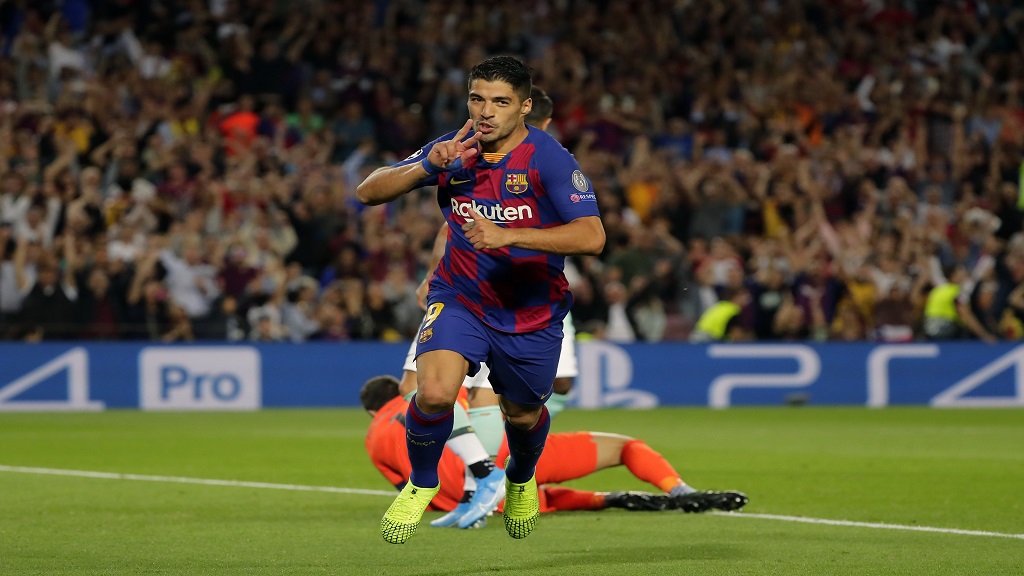 For so long, Luis Suarez appeared set to leave Spain for Italy.

But a proposed move to Juve did not materialise as the Barcelona forward stands on the cusp of uniting with Diego Simeone in the Spanish capital.

Luis Suarez will swap Barcelona for LaLiga rivals Atletico Madrid, according to widespread reports in Spain.

Suarez had been tipped to join Serie A champions Juventus after being told he could leave Camp Nou.

But the 33-year-old Uruguay international forward will now sign a two-year deal with Atletico as he dominates the front pages of Wednesday's Marca, Diario AS and Mundo Deportivo.

Milan have offered €20million for Nikola Milenkovic but Fiorentina have said no, reports Gazzetta dello Sport. Celtic's Kristoffer Ajer and Schalke centre-back Matija Nastasic are also options for the Rossoneri.

Tuttosport claims Wolves are circling Juventus winger Douglas Costa, who has also been linked to United.

Fulham and Newcastle United have entered the race to sign Napoli forward Arkadiusz Milik, reports Gazzetta dello Sport. Tottenham have also been linked to the Poland international, while Roma are believed to be in talks as Milik enters the final year of his Napoli contract.

Torino are battling Atletico for Arsenal midfielder Lucas Torreira, according to Sportitalia. The former Sampdoria star has also been linked to Milan.

Telefoot says Paris Saint-Germain are in talks with Chelsea over the possible signing of midfielder Tiemoue Bakayoko. Discussions with Milan over a return have become complicated and PSG are now eyeing an initial loan deal for the former Monaco star.

Rumour Has It: Liverpool, Man U chase Sarr as Atletico consider Suarez

Rumour Has It: Barcelona close to Depay, Wijnaldum deals