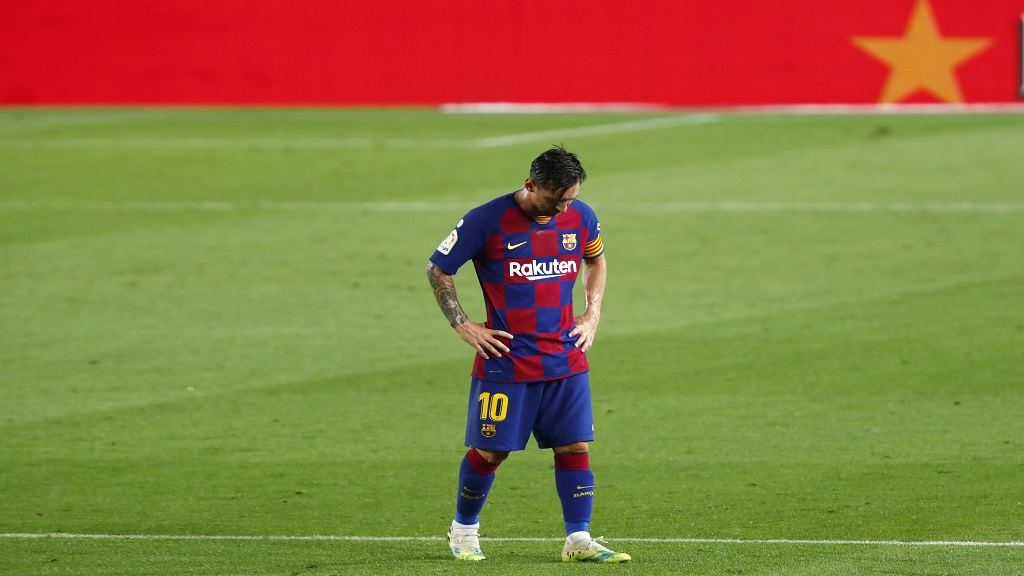 Manchester City are reportedly looking at signing Lionel Messi, while Barcelona's rebuild does not include Luis Suarez.

Messi, 33, has been linked with a move away from the LaLiga giants after a trophy-less 2019-20 season.

Barca are preparing for a rebuild and while Messi is part of their plans, Suarez is seemingly not.

Manchester City are working out if they would be able to sign Barcelona star Messi without breaching Financial Fair Play (FFP) rules, according to ESPN.

The report says the Premier League giants are preparing should Messi become available.

Messi is contracted at Barcelona until 2021, but has been linked with a move.

Ansu Fati is seemingly close to committing his future to Barcelona. The 17-year-old forward, who has been linked to Manchester United, will sign a new deal that will include a €400million release clause, according to Mundo Deportivo.

A former Bianconeri striker could help Juventus land Edin Dzeko. Tuttosport reports Mario Mandzukic could join Roma as a replacement for Dzeko, who is being linked to Juve.

Milan are reportedly looking at Brahim Diaz. Fabrizio Romano reports the Serie A giants have opened talks with Real Madrid about a loan move, with an option to buy, for Brahim.

Hector Bellerin has been linked with a move away from Arsenal. RMC Sport reports the defender has been offered to Paris Saint-Germain.

Also at PSG, Leandro Paredes could make a move. Gianluca Di Marzio says Juventus are interested in the midfielder.

Rumour Has It: Messi expresses doubt over Barcelona future

Rumour Has It: Man Utd's Sancho deal held up