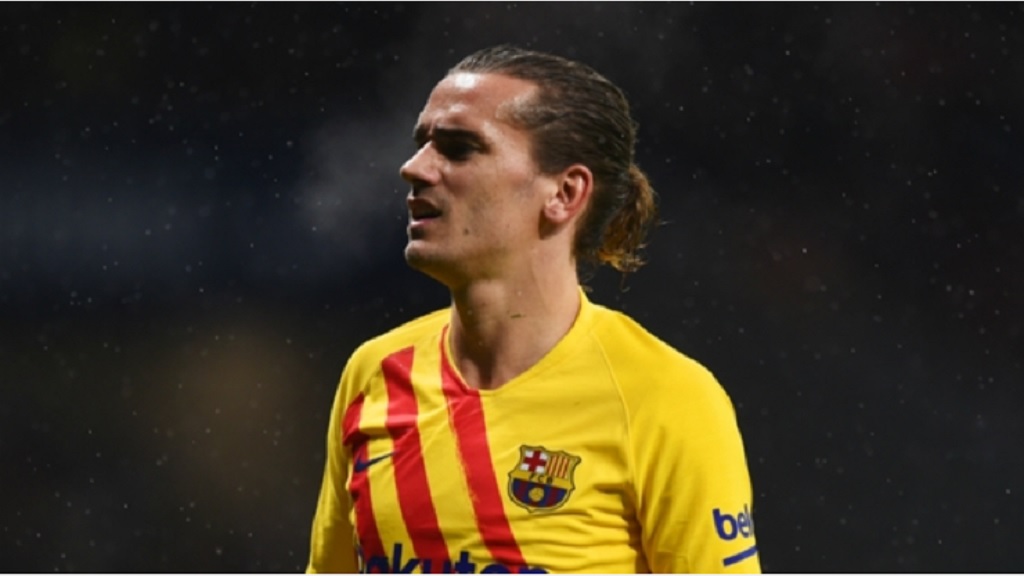 Barcelona forward Antoine Griezmann has no interest in leaving the LaLiga giants.

Speculation over the France international's future has increased amid his, and Barca's, struggles.

But the 29-year-old seemingly wants more than one season at Barcelona.

Griezmann has no interest in leaving Barcelona, according to Le Parisien.

Since arriving from Atletico Madrid for €120million, Griezmann has managed just 14 goals in 43 games this season.

Griezmann was introduced as a 90th-minute substitute in Barca's 2-2 draw with his former club on Tuesday.

- Staying at Camp Nou and Quique Setien's future as Barcelona head coach remains a talking point after one win in four games. AS reports Setien is not in immediate danger but is far from safe, while Sport says his future is uncertain, although the club is hoping to keep him at the helm until the end of the season.

- Manchester City look set for a rebuild in the close season. The Guardian claims Bayern Munich defender David Alaba, who is out of contract next year, is a target for the Premier League giants.

- After making a stellar start to the season with Lyon before suffering a serious knee injury, Memphis Depay has been linked with a move. Le 10 Sport reports Arsenal want the attacker, who has 14 goals in 18 games this season.

- Carlos Tevez's future remains uncertain. Ole says the former Manchester United and Manchester City forward, 36, could retire as he struggles to agree to a new contract with Boca Juniors.

- With Bruno Lage on his way out as Benfica coach, the Portuguese giants are searching for a new boss. According to A Bola, Benfica have looked at the likes of Mauricio Pochettino, Ernesto Valverde and Laurent Blanc, but are now considering former Paris Saint-Germain and Arsenal coach Unai Emery.

- Tottenham defender Serge Aurier could be set for a move. Sky Sports reports Monaco are interested in the Ivory Coast right-back.

Rumour Has It: Mourinho dreaming of Milinkovic-Savic at Spurs

Rumour Has It: Achraf Hakimi to join Inter, Sane's Bayern move on hold