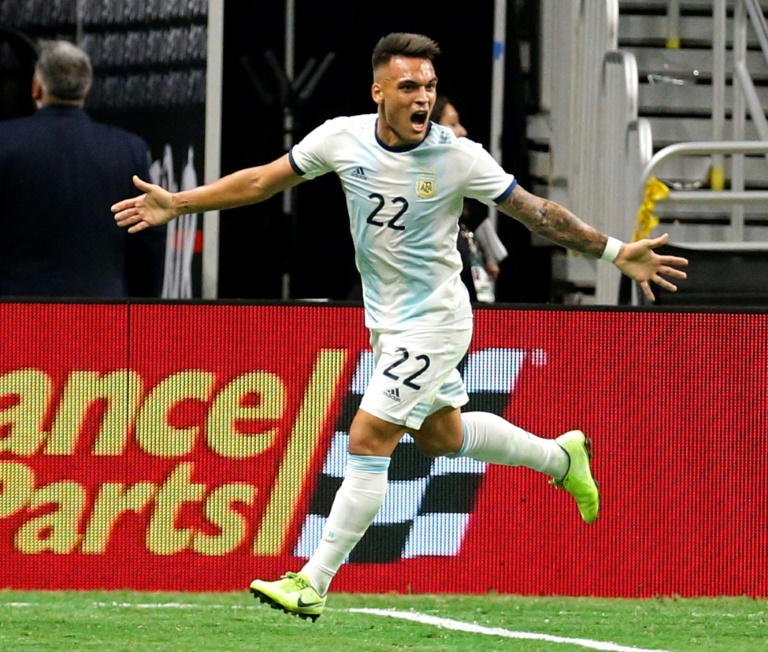 For most of the year, Lautaro Martinez has been tipped to leave Inter for Barcelona.

Barca are eyeing a long-term replacement for veteran forward Luis Suarez, though, the coronavirus pandemic appears to have impacted their transfer plans.

However, a blockbuster move could still be on the cards.

Barcelona remain keen on signing Inter star Lautaro Martinez at the end of the season, according to the front page of Tuesday's Mundo Deportivo.

Barca's interest in Martinez is well documented but a transfer has been put on hold as the LaLiga giants re-assess their plans after the Argentina forward's €111million release clause expired at the start of the month.

Ousmane Dembele could be sold to raise funds or a swap deal involving Arturo Vidal, Ivan Rakitic and Samuel Umtiti could be proposed to Inter, while a player plus cash offer including Junior Firpo is the third alternative.

- Ajax are hopeful of keeping star goalkeeper Andre Onana for one more season, claims De Telegraaf. Onana has been linked to the likes of Chelsea, Manchester United and Barca.

- Journalist Nicolo Schira reports Napoli are confident of reaching an agreement with Lille forward Victor Osimhen. The Nigerian has been tipped to join the Serie A side, who have prepared a five-year contract worth €3.5m per season amid talk of an €80m transfer.

- While Osimhen could arrive, Napoli are set to lose Arkadiusz Milik. Calciomercato claims Italian champions Juventus are interested, while the likes of Atletico, Tottenham, and Roma are also keen. Arsenal's Alexandre Lacazette is an alternative for Juve, as well as Atletico.

- According to Calciomercato, Edinson Cavani has turned down a move to David Beckham's Inter Miami in MLS. A free agent since leaving PSG, Cavani is reportedly wanted by Roma.

Rumour Has It: Man City to offer two players for Koulibaly