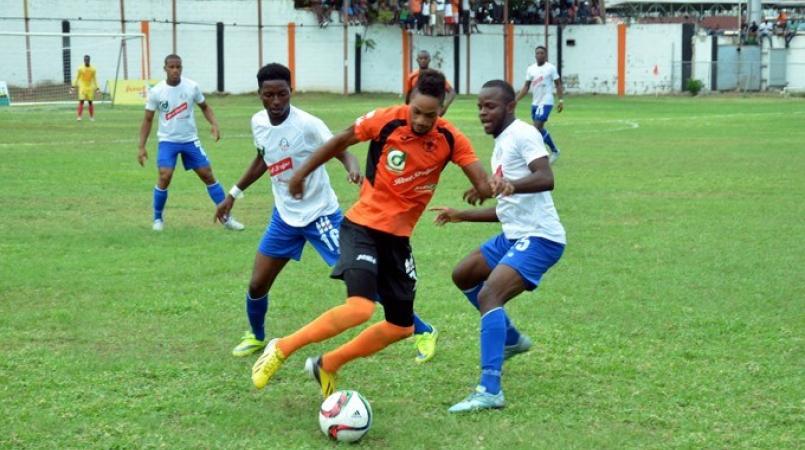 Former champions Tivoli Gardens will be searching for their first victory since January 7 when the 2017-2018 Red Stripe Premier League (RSPL) resumes on Wednesday with three games from Match Day 26.

Tivoli Gardens, which are fourth in the standings on 37 points from 24 games, will visit Harbour View, a team that is in the bottom half of the standings with 30 points from 25 games. The game is scheduled to kick off at 7:00 pm.

With another eight games remaining in the preliminary round the teams are hunting valuable points, especially Harbour View, which are in seventh place and need to get into the top half.

At the end of the preliminary round, the top two teams on points will advance straight to the semi-finals; while third to sixth place will enter into a play-off for the other two semi-final spots.

Both Tivoli Gardens (37 points) and Harbour View (30 points) cannot afford to drop points as Reno (30 points), Humble Lion (29 points) and Montego Bay United (28 points) are well bunched up behind and looking to get into the top half.

Tivoli and Harbour View will enter the day under pressure. Tivoli have not won since they defeated Harbour View 2-0 on January 2 at the Edward Seaga Complex. They have only earned a point from four games since that victory over Harbour View and cannot afford to continue that poor run.

Ricardo Gardner-coached Harbour View have suffered two straight defeats at a time when the club was having its best period in the league.

One of those defeats came against relegation bound Sandals South Coast, which defeated them 1-0 on February 1 to the 'Stars of the East' out of the top half. And then on Sunday, Harbour View suffered another setback, going down 2-0 against Montego Bay United at Wespow Park.

Now playing at home, Harbour View could return to winning ways as two of their biggest victories recently came at the Harbour View Stadium, where they ended the long winning streak of Portmore United with a 2-1 victory on January 21 followed a 2-0 victory over the dangerous Cavalier.

Reigning champions Arnett Gardens will return to action on Match Day 26 after taking a break to compete in the CONCACAF Caribbean Cub Championship in Trinidad and Tobago.

Arnett Gardens, which are second in the standings on 44 points from 23 games, will host ninth place Humble Lion, on Thursday

Portmore United (53 points from 25 games), which are leading the standings by nine points, will not be in action on Match Day 26 as they now in the Dominican Republic to compete in Group B of the  CONCACAF Caribbean Cub Championship.

Portmore United open their campaign against Central FC of Trinidad and Tobago on Wednesday.