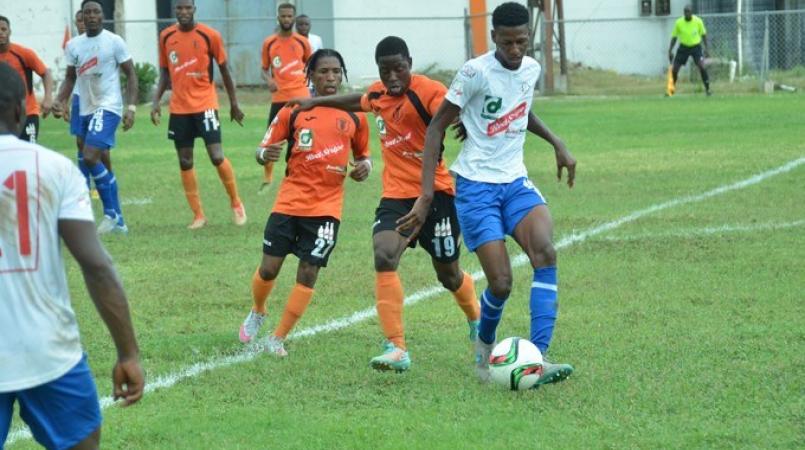 Tivoli Gardens on Sunday confirmed their spot in the top six of the 2017-2018 Red Stripe Premier League (RSPL) following Match Day 32, the penultimate set of games in the preliminary round.

Tivoli Gardens ensured that they will finish the preliminary round in the top half of the table by scoring a 3-1 home victory against already relegated Boys' Town at the Edward Seaga Complex.

Tivoli Gardens took control of the game from early, and opened up a two-goal lead after eight minutes courtesy of a second minute strike from Junior McGregor and an eight minute goal from Jermaine Johnson.

As a result of the victory, Tivoli Gardens now joined runaway leaders Portmore United, which have already secured one of the two automatic semi-final spots, and defending champions Arnett Gardens as teams to have confirm their places in the top six.

Portmore United also secured victory on the day, while Arnett Gardens suffered a setback in their fight for second place and the next automatic semi-final spot by dropping two points.

Portmore United secured a 2-1 away victory over Montego Bay United at Wespow Park, a result that killed the chances of the former champions to finish in the top six.

Rondee Smith handed Portmore United all three points by finding the back of the net, a minute from full time to break the 1-1 deadlock.

Earlier, Damono Salomon scored in the 19th minute to give Portmore United a 1-0 lead, but Montego Bay United pulled level through an 82nd minute penalty from Dino Williams.

With the victory Portmore United moved to 66 points to open up a 16-point lead over Arnett Gardens and Tivoli Gardens, which are on 50 points each.

Arnett Gardens secured an away goalless draw against Harbour View at the Harbour View Stadium, which was enough to hold on to second spot, but only through goal difference over third-place Tivoli Gardens.

The other three teams in the top six heading into the final set of matches in the preliminary round are Cavalier and Waterhouse on 47 points each along with Harbour View (46 points).

Cavalier moved two places to fourth following a 4-0 whipping of Reno at the Anthony Spaulding Complex, while Waterhouse lost 2-1 on their home turf, Drewsland Stadium,  to Humble Lion, but despite the defeat remain in the top half.

Hevone Marsh led the scoring for Cavalier with a double strike (39th minute and 45+1 minute). Kaheem Parris (32nd minute) and Michael Spence (38th minute) scored the other goals for Cavalier.

In the day's other game, University of the West Indies (UWI) FC defeated the other relegated team - Sandals South Coast 4-1 at STETHS to remain in the hunt for a top six spot.

Ryan Miller led the way for UWI FC with a double strike. He opened the scoring from the penalty spot in the 17th minute and closed his double with a 40th minute goal. A 63rd minute own goal from Delroy Davis and a 78th minute strike from Zhenano Barne complete the scoring for UWI FC.

Despite the victory UWI FC (45 points) remain in seventh place, but a point behind sixth-place Harbour View.

Going into the last set of matches, five teams will be fighting for the remaining three spots in the top six.