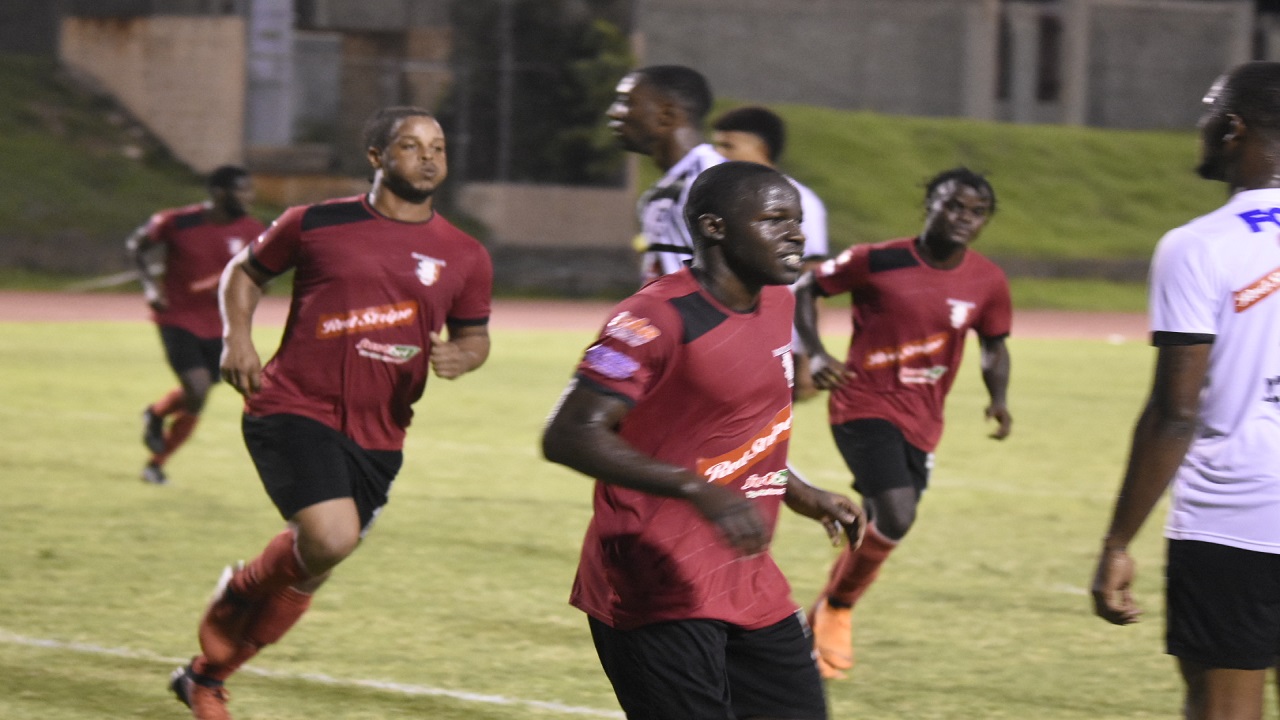 Arnett Gardens recorded a 1-0 victory over defending champions Portmore United in the Monday night fixture of the 2019-2020 Red Stripe Premier League (RSPL) at the Anthony Spaulding Sports Complex in Kingston.

Rikardo Oldham scored the lone goal in the 58th minute in what was the final game of Match Day 8.

As a result of the victory, Arnett Gardens moved from seventh place to sixth in the 12-team table with 11 points, the same as fourth-place Cavalier and fifth-place Humble Lion.

It was the third victory for Arnett Gardens in eight games.

Portmore United slipped from fifth place to eighth with 10 points.

The highlight of Match Day 8 was Cavalier's 3-1 drubbing of promoted Molynes United on Sunday at the Waterhouse Stadium in Kingston.

The defeat was the first for the RSPL newcomers who enjoyed a dream start to life in the top-flight league by winning their first six games of the season before drawing with Harbour View last weekend.

Chevonne Marsh gave the visitors an early lead in the 22nd minute and with the match heading towards halftime, Keithy Simpson doubled that advantage with his goal in the 42nd minute.  The game seemed to be well and truly over by the time Nicholas Hamilton added a third goal in the 82nd minute but Anthony Greenland got a consolation goal for the hosts in stoppage time.

Elsewhere on the day, league leaders Waterhouse failed to take advantage of the Molynes United slip-up as they were themselves hammered 3-1 by Mount Pleasant United.  Jourdaine Fletcher put the hosts in the lead in the 40th minute, with Francios Swaby doubling that lead just five minutes later.  Andre Fletcher, however, made things interesting when he found the back of the net in the 81st minute, setting up the potential of a grandstand finish.  The two-goal advantage was restored when Kesslon Hall struck in time added on.

Both Waterhouse and Molynes United remain locked on 19 points going into this weekend's round of matches, with Waterhouse atop the standings courtesy of a better goal difference.

The top two teams are seven points clear of third-place Harbour View, which battled to an away 0-0 draw at the Effortville Community Centre in May Pen.

Meanwhile, Tivoli Gardens climbed out of the relegation zone following a 1-0 victory over Dunbeholden at the Edward Seaga Sports Complex in Kingston. Davian Garrison found the back of the net in the 82nd minute as Tivoli, eight points, moved from bottom-place to eighth.

The University of the West Indies (UWI) FC now joined Vere United, the other promoted team, in the relegation zone. Both teams battled to a 1-1 draw at the UWI Bowl.

Interesting days ahead as new season of RSPL kicks off today