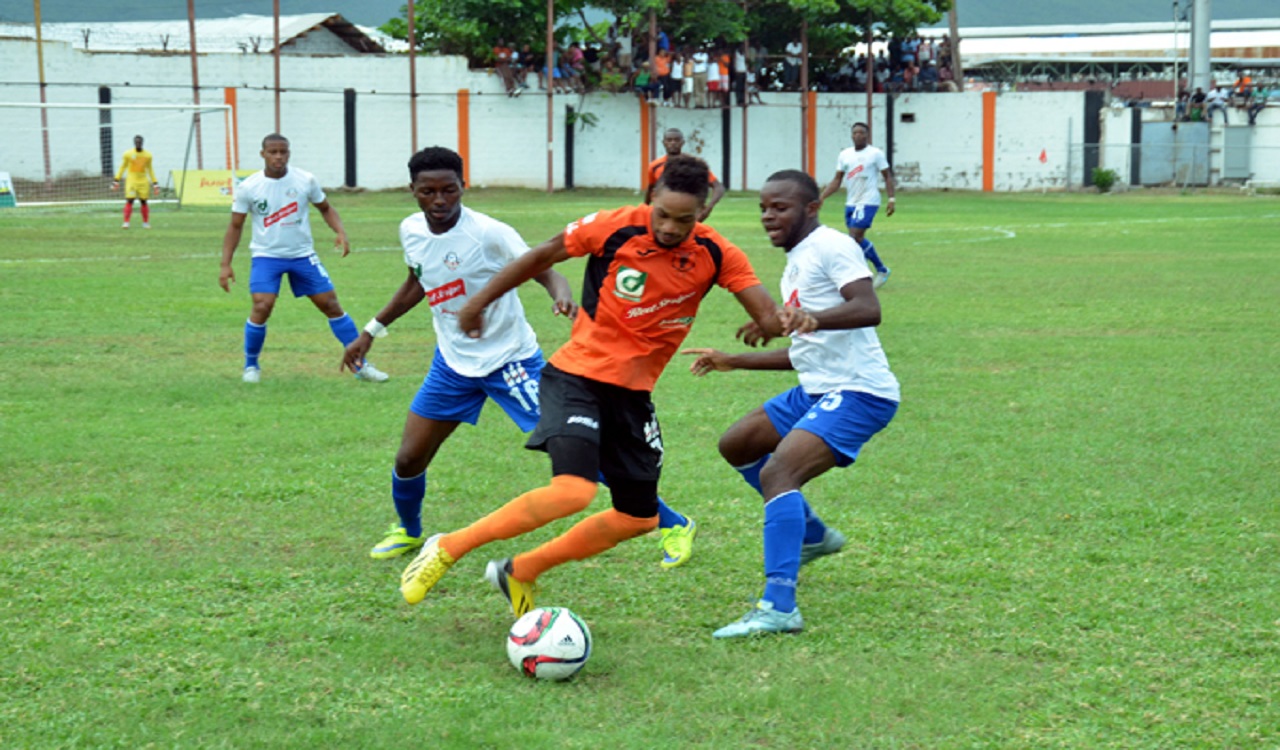 The battle for the leadership position in the 2017-2018 Red Stripe Premier League (RSPL) going into the Christmas break resumes on Sunday with action on Match Day 14.

Of the top three teams, Portmore United have the easiest assignment as they will visit Frome in Westmoreland to play promoted team Sandals South Coast at 3:30 pm

Arnett Gardens and Tivoli Gardens also have away assignments.

Arnett will face Cavalier at the Stadium East field in another 3:30 pm assignment, while Tivoli Gardens and Waterhouse will clash at the Drewsland Stadium, in the late game at 7:30 pm.

However, the focus will be at the Stadium East field where Arnett Gardens and Cavalier will face off.

Arnett will be under pressure as they need all three points against Cavalier to ensure they stay atop the standings at the end of the day.

Internal issues have been affecting members of the team with the latest being unpaid salary from last month, which resulted in players not turning up for training for a few days.

Although dogged by internal issues Arnett Gardens are yet to lose a game this season. From their 13 matches played, Arnett have recorded seven wins and six draws.

They entered the last set of matches with a four-point lead.  However, that lead was reduced to two after the defending champions were held to a 1-1 draw by Humble Lion, in the final game of Match Day 13, on Monday night.

The day before, Portmore United had reduced the lead to one after whipping Montego Bay United 5-1  at Prison Oval in Spanish Town.

The unpredictable Cavalier are capable of making things rough for Arnett Gardens. They enter the contest in sixth place with 18 points and know that victory could push them a few places up.

Over in Westmoreland, Portmore United should easily grabbed all three points against Sandals South Coast, which have lost eight of their 13 games and are in the relegation group, just two points above last-place Waterhouse.

Tivoli Gardens are expected to stay close to the top two at the end of the day with victory over Waterhouse.