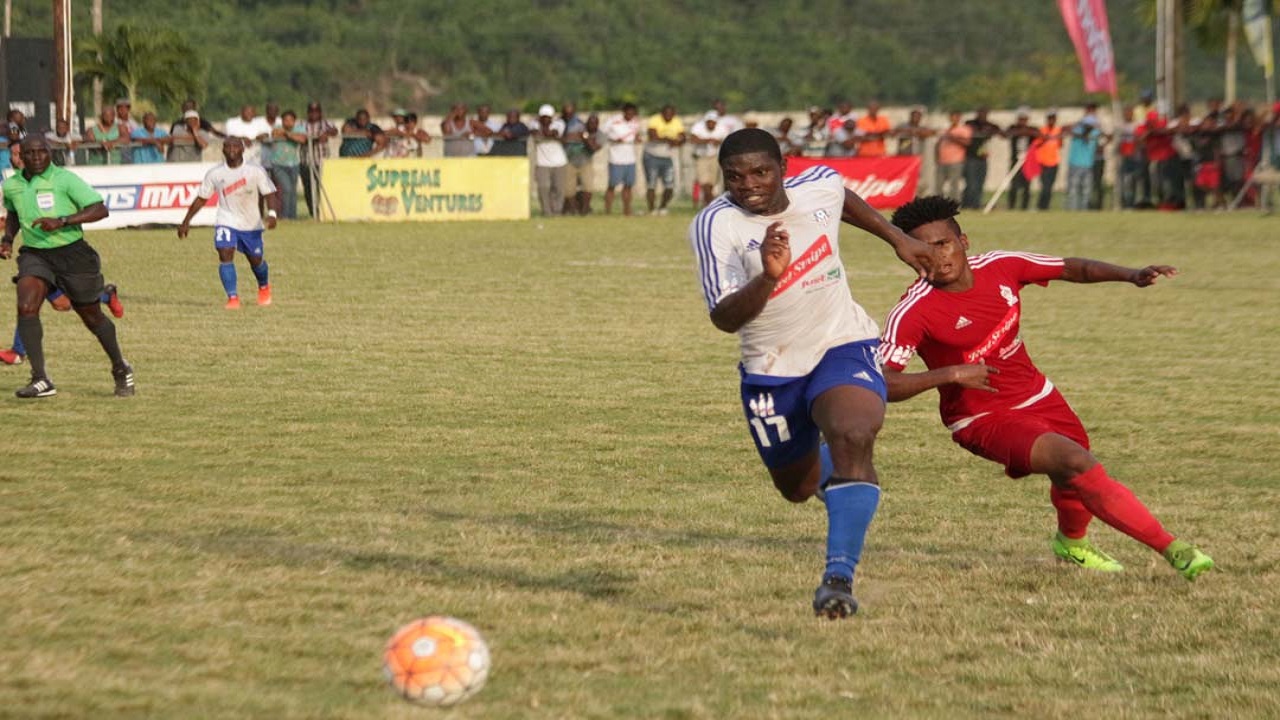 Last season's beaten finalists Portmore United will be aiming to climb back atop the points' table when the 2017-2018 Red Stripe League resumes on Sunday with Match Day 10.

Portmore United, which will enter the day in second place - two behind leaders and defending champions Arnett Gardens - will host Montego Bay United in a big clash between the two former champions at Prison Oval in Spanish Town.

A win on Sunday would move Portmore United atop the standings, by a point, for at least 24 hours as Arnett Gardens will be in action in the Monday night fixture against visitors Harbour View at the Anthony Spaulding Complex.

Five of the six games are scheduled for Sunday, all starting at 3:00 pm.

There are a number of good match-ups on, but the Portmore United, Montego Bay United fixture should gain most attentions despite one of the teams in the top half of the standings, and the other in the bottom half.

Portmore United have taken only a point from their last two games and will be looking to stop that slide, but that task is not expected to be easy as Montego Bay United have been boosted by the return of their best player over the years, Dino Williams.

In their last outing, Portmore United and Arnett Gardens battled to a goalless draw at Prison Oval in a top-of-the-table clash on November 12; while the week before they were whipped 3-0 by Reno in Westmoreland, a team that Montego United edged 1-0 the previous week.

Montego United, which will enter the day in eighth place on 11 points - six behind Portmore United - are coming off a 1-0 victory over Waterhouse and that victory should boost them up for the Portmore United clash.

Third-placed University of the West Indies (UWI) FC, which dropped two points against the struggling and promoted team Cavalier last Sunday in a 1-1 draw, will be hoping to get closer to the top two teams. They are two points behind Portmore United and four adrift of Arnett Gardens.

The university side will meet the other promoted team in the league - Sandals South Coast, which secured their first victory in top league football last Sunday by defeating Boys' Town 1-0.

UWI FC will host the game at the UWI Mona, Bowl and are heavily favoured for the victory. They are on locked on 15 points with fourth-placed Tivoli Gardens and fifth-placed Reno; while Sandals South Coast are bottom of the 12-team table with six points from their nine games.