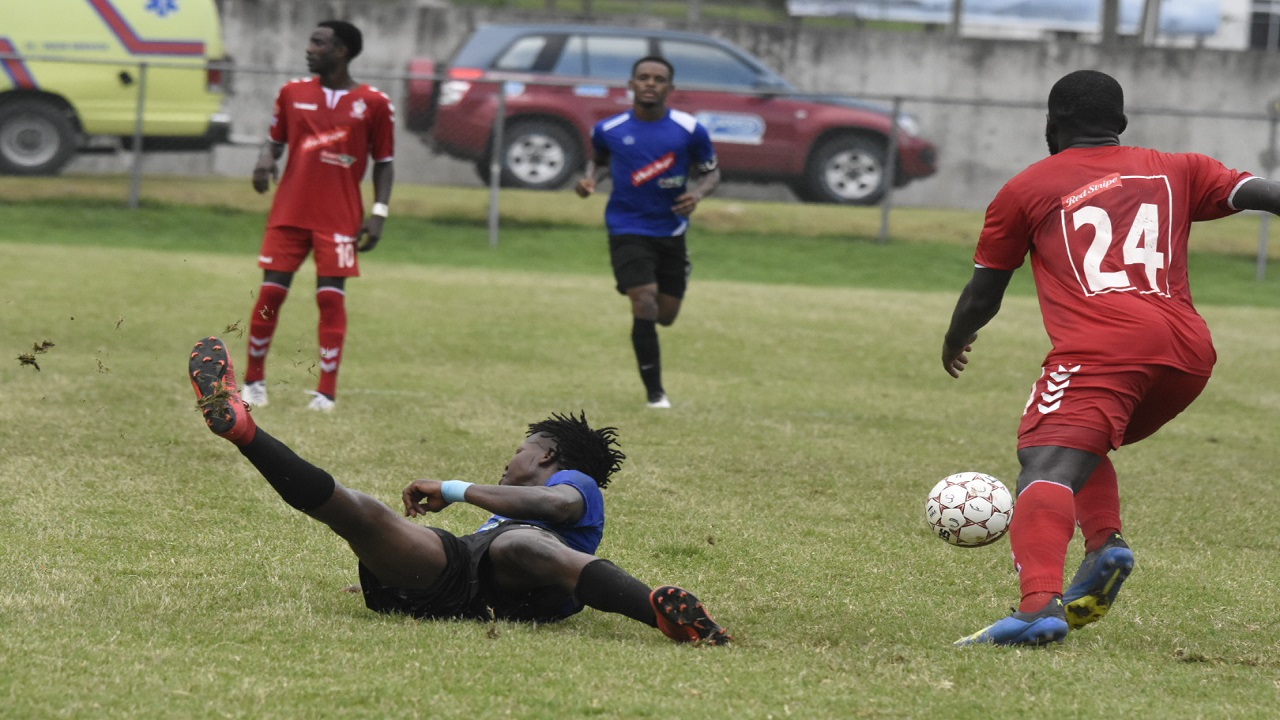 Host UWI stunned Cavalier with a late goal at Mona Bowl on Sunday to end the winning run of their guests and also move ahead of them in the Red Stripe Premier League (RSPL) points standing.

Substitute Anthony Greenland found the back of the net in the 89th minute for UWI's win that carried them to seven points as Cavalier remained on six.

Cavalier had started the match at the top of the standing, as they had won their first two matches of the season against Reno and Arnett Gardens.

Sunday’s match had very little goal-mouth activities until late, when Cavalier began surging forward and creating some good scoring opportunities, which they wasted.

Ironically, it was UWI that would have the winner, as kicking towards Mona Road, they were awarded a corner on the right.

The ball was swung to the far post and then headed back to an unmarked Greenland in the six-yard box, for him to flick over the head of the Cavalier defence.

UWI's coach, Andrew Peart, said: "It was a balanced game in which both teams had opportunities to score. I think, though, we had more control in the second half.

"Cavalier did well in the first half in keeping the ball, but I just think we had the upper hand, and we managed to put away one of the chances that we got,” he added.

"In the end I am grateful for the three points, as it is very important that we win at home," Peart stressed.

He was happy that the team showed resilience, despite a less than stellar performance.

Peart said, "even though we were having some not so good moments, the ability to maintain composure and control was there."

For Cavalier's coach, Rudolph Speid, it was a tough loss after two back-to-back victories to open their season.

Speid said: "I think we had the better of the game right throughout and just before they scored we had a lot of good opportunities to actually score ourselves. We just never capitalised on them.

“In the premier league, even though at times you get the win, it can go either way. UWI, even though we got so many chances, they stuck in there and it paid off (for them)."