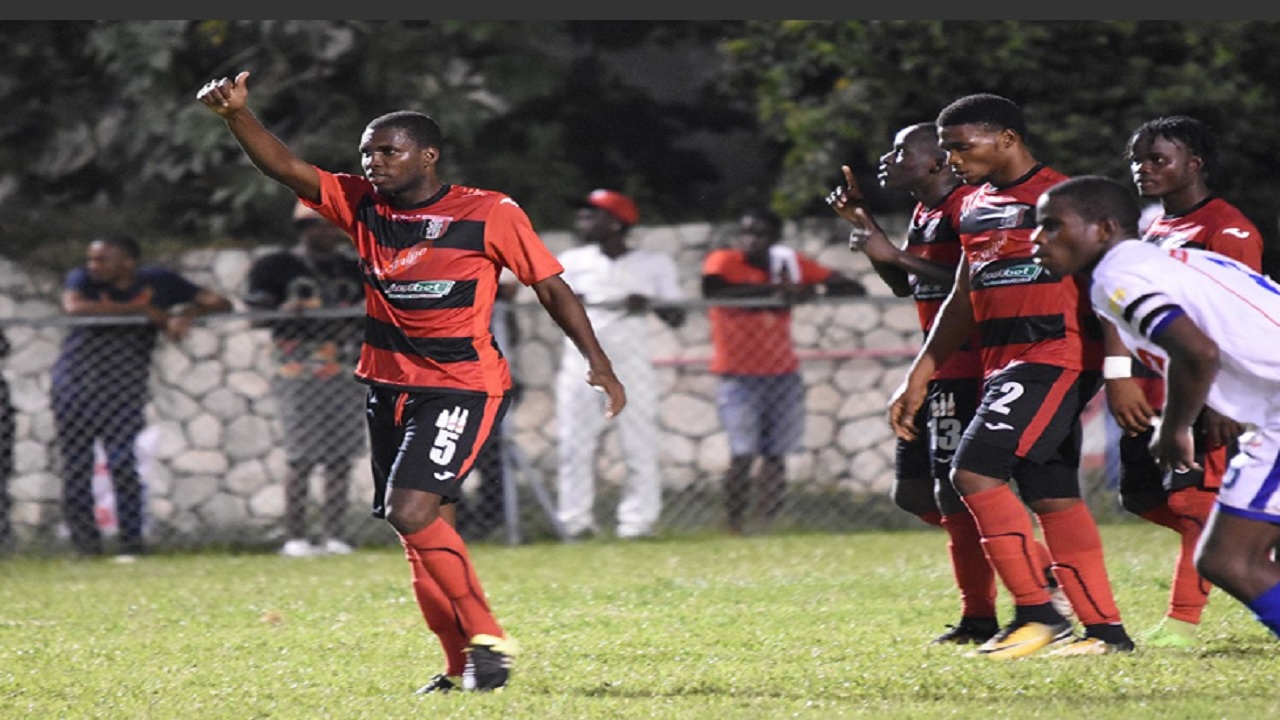 With the victory, Arnett Gardens moved to 30 points,  two ahead of second-place Portmore United, which also secured three points on the road by defeating the other promoted team, Sandals South Coast 2-0 at the Frome Complex in Westmoreland.

Over at the Stadium East field, Arnett Gardens opened up a 3-0 lead over Cavalier after 30 minutes and then held on for a close win after Cavalier roared back with two very late goals.

Marvin Morgan handed Arnett Gardens an early lead in the third minute and the defending champions moved 2-0 ahead in the sixth minute through Steve Clarke.

Fabian Reid widened the advantage for Arnett in the 30th minute, but Chevone Marsh reduced the deficit to 3-1 with a 37th minute strike.

Shamar Pryce then restored the three-goal advantage for Arnett in the 66th minute to put the score at 4-1. However, Marsh secured his second goal, an 89th minute penalty to reduce the deficit to 4-2 and then two minutes after Nicoy Christian scored the third goal for Cavalier in time added on for the 4-3 scoreline.

Despite the defeat, Cavalier remain sixth in the standings.

Over at the Frome Complex, Portmore United also secured an early goal on their way to victory over second-from-the-bottom team Sandals South Coast.

Meanwhile, the University of the West Indies (UWI) FC moved a place up to third after they edged bottom-place Boys' Town 2-1 at the Barbican field.

Ryan Miller (59th minute) and Fabion McCarthy (72nd minute) handed UWI a 2-0 lead and Pierre McPherson pulled back a goal for Boys' Town, a minute into time added on.

And Tivoli Gardens have slipped a place to fourth following a goalless draw with Waterhouse at Drewsland; while Harbour View moved two places to seven after an away 1-0 victory against 10th-place Humble Lion at Effortville Community Centre in Clarendon.

Ninth-place Montego Bay United will host fifth-place Reno in the Monday night fixture, the final game of Match Day 14. The match will take place at the Montego Bay Sports Complex, at 8:35 pm.