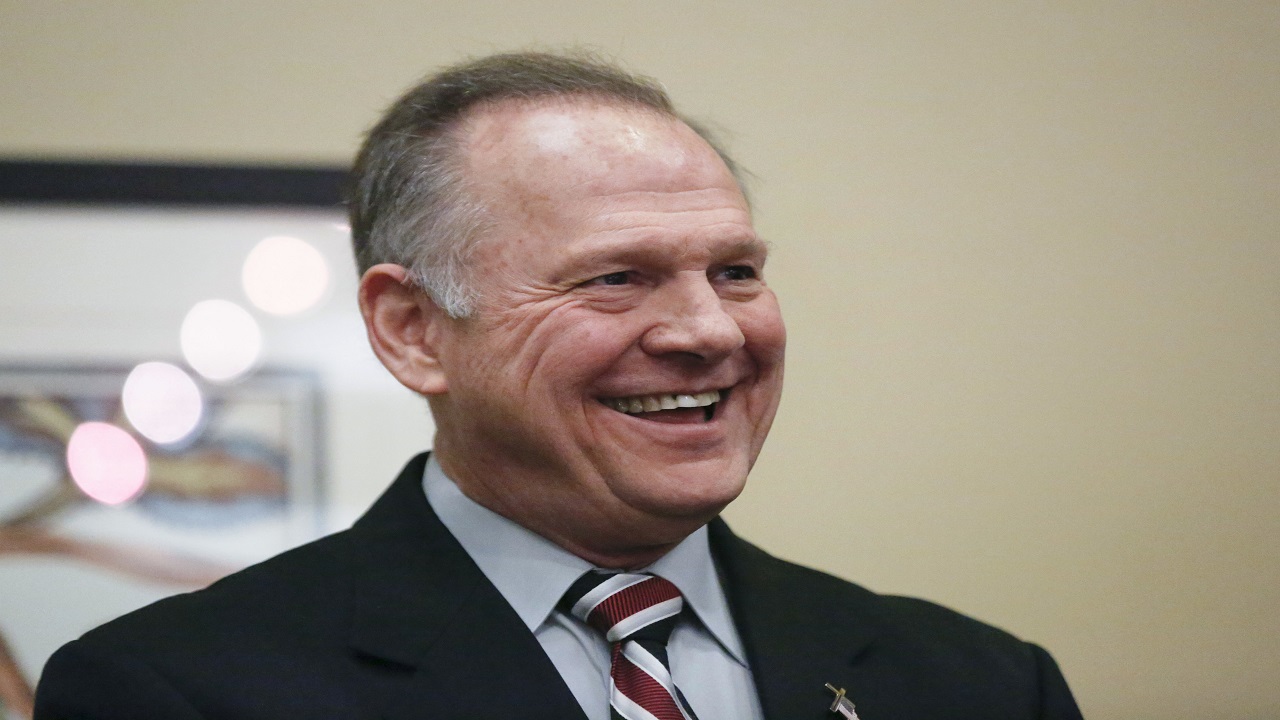 A defiant Roy Moore on Saturday insisted the allegations of sexual misconduct decades ago were false and voters in Alabama would "see through this charade."

The republican senate candidate showed no signs of backing down despite the demand of a growing number of Washington Republicans for him to step aside.

A wave of national Republican leaders, including Senate Majority Leader Mitch McConnell, called for Moore to drop out of the race if the allegations are true. Trump, who is in Asia and said he was too busy to keep up with the news about Moore, referred to a prior statement given to reporters that said Trump believes Moore will "do the right thing and step aside" if the allegations are true.

That did not sit well with some Moore supporters.

"I'm really upset at my own party for condemning him so quickly," said Tom Byars, who came to hear Moore speak at the Mid-Alabama Republican Club at a library in Vestavia Hills, Alabama, on Saturday. "Even with the president, you know, he had some trouble, too, and he's turned around and tried to condemn Roy Moore to step down?"

Moore's speech in Vestavia Hills on Saturday was his first public appearance since the report, although he had also denied the story Friday to conservative radio host Sean Hannity. Moore used the occasion to accuse the Post of engaging in a "desperate attempt to stop my political campaign for United States Senate."

Moore denied claims in the story that he had provided beer and wine to women too young to buy it themselves, or that he'd had sexual contact with a 14-year-old girl.

"I have not provided alcoholic beverages, beer or anything else, to a minor," Moore said. "I have not been guilty of sexual misconduct with anyone."

Moore also said it was "strange" that women would wait 40 years to make such accusations shortly before a general election. Moore is running against Democrat Doug Jones to fill the U.S. Senate seat previously held by U.S. Attorney General Jeff Sessions.

"That's not a coincidence. It's an intentional act to stop the campaign," Moore said.

But a lawyer for one of the women quoted in the Post report said the women whom Moore victimized were young teenagers while he was a powerful prosecutor.

"They likely feared that he would publicly persecute them ... precisely as he has done this week," Attorney Paula Cobia said in an email to The Associated Press.

Before Moore's speech, his opponents gathered outside the library, carrying signs and chanting anti-Moore slogans.

A group consisting mostly of women gathered to oppose Moore. Cheryl Knowles, a Vestavia Hills Democrat, held up a sign that said "#NoMoore" outside the library where Moore spoke.

"Please tell the people of America that some of us are so embarrassed," said Knowles.

Moore also said there would be new "revelations" in connection with the newspaper report that brought allegations of sexual misconduct to light.

"In the next few days there will be revelations about the motivations and the content of this article that will be brought to the public," he said. "We fully expect the people of Alabama to see through this charade."

A spokesman for Moore declined to provide further information about what information those revelations might contain.

In the hours following the Post report Thursday, some Republicans speculated that Alabama Gov. Kay Ivey would delay the Dec. 12 special election.

However, Ivey spokesman Josh Pendergrass said Saturday that Ivey "is not considering and has no plans to move the special election for U.S. Senate."