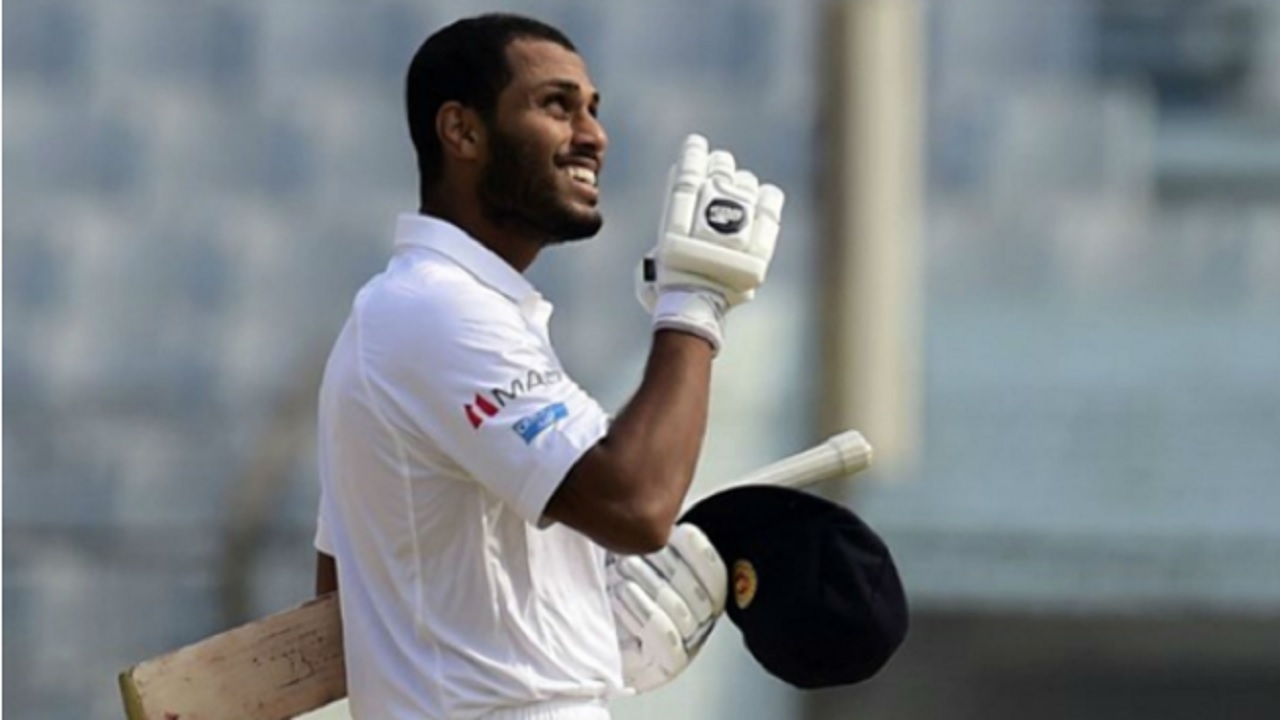 Sri Lanka are eyeing a remarkable victory in the first Test against Bangladesh after Roshen Silva's century and three late wickets put the visitors firmly in control on day four.

The Tigers must have felt confident in their chances having posted 513 batting first but, after the heroics of Kusal Mendis and Dhananjaya de Silva on days two and three, Roshen joined the party by reaching three figures for the first time in Tests on Saturday.

His 109 helped Sri Lanka declare with a huge lead of 200 on 713-9, captain Dinesh Chandimal falling 13 short of a fourth hundred of the innings and Niroshan Dickwella adding 62 at better than a run a ball.

Faced with the majority of the final session to bat, Bangladesh closed on 81-3, still 119 behind and facing a battle to rescue a draw on what could be an enthralling fifth day in Chittagong.

After those mammoth centuries from Mendis and Dhananjaya, Sri Lanka resumed close to parity on 504-3 and they were soon into the lead before Roshen joined the duo in the hundred club by guiding Taijul Islam down to backward point for three.

Chandimal brought up his fifty just four deliveries later and the fourth-wicket stand had reached 135 when Roshen edged behind off Mehedi Hasan (3-174).

Dickwella signalled his intention with three successive fours off Taijul, who did enjoy some respite in cleaning up Chandimal three balls after the lunch break.

A boundary off Mehedi brought up Dickwella's half-century from just 47 balls but his fun was ended when he edged the same bowler behind and Dilruwan Perera (32) was trapped in front to become Sunzamul Islam's first Test victim, in his 42nd over.

The interval again proved profitable for Taijul (4-219), who skittled Suranga Lakmal (9) with the third ball after tea and when he trapped Rangana Herath (24) in front Sri Lanka decided enough was enough.

Imrul Kayes (19) and Tamim Iqbal (41) enjoyed a positive start in making 52 for the first wicket but that good work was undone as the former attempted an ill-advised ramp shot to Dilruwan and was held by leg gully, who had just been moved to that position.

Tamim then edged behind to Lakshan Sandakan and the Tigers were dealt a hammer blow from what was due to be the penultimate ball from Herath as Mushfiqur Rahim gave silly point a catch via his boot, leaving Sri Lanka to eye a 1-0 lead in the two-match series heading into Sunday's finale.