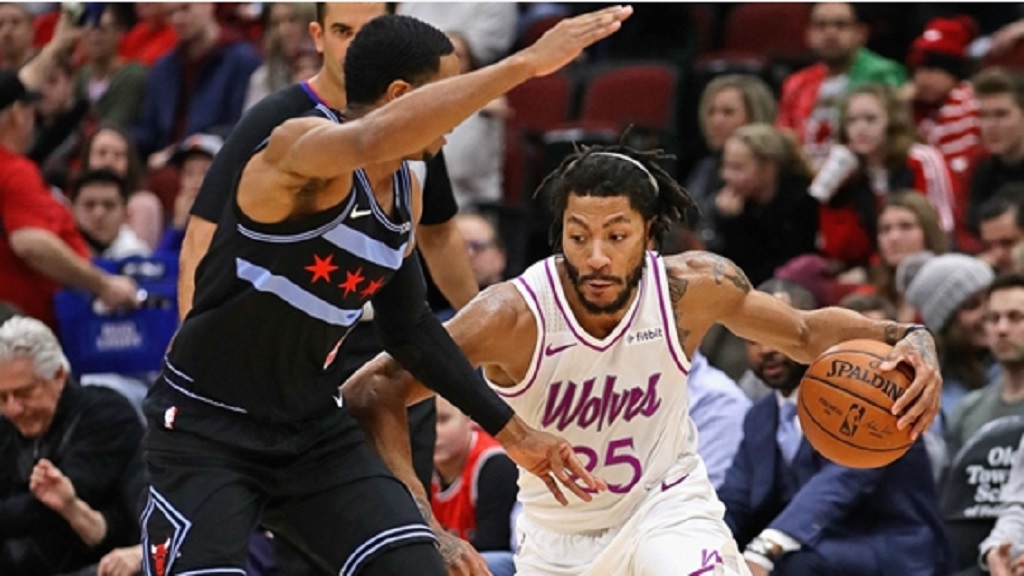 Minnesota Timberwolves guard Derrick Rose made a triumphant return to Chicago in the NBA on Wednesday.

Back in Chicago, where he starred for eight seasons, Rose scored 24 points and handed out eight assists in a 119-94 win over the Bulls.

The crowd greeted Rose, the 2011 NBA MVP, with chants of 'MVP' during his performance.

The San Antonio Spurs defeated the visiting Denver Nuggets 111-103. The loss knocked Denver (21-11) out of first place in the Western Conference. They are now a half game behind the Golden State Warriors, who were idle.

DeMar DeRozan scored 30 points and LaMarcus Aldridge added 27 as the Spurs (19-16) won for the fifth time in six games.

High-scoring sixth man Spencer Dinwiddie scored a career-high 37 to lead the Nets to a double-overtime win over the Hornets.

Karl-Anthony Towns had 20 points and 20 rebounds in the Timberwolves' win over the Bulls.

Devin Booker poured in 35 points to help the Suns escape with a 122-120 victory over the Magic.

Rookie star Luka Doncic scored 21 points and added 10 assists and nine rebounds in the Mavericks' 122-119 win over the Pelicans.

Kent Bazemore scored 32 points in the Hawks' loss to the Pacers.

Nuggets guard Jamal Murray made only four of his 19 shots and had a minus-20 rating in Denver's loss to San Antonio.

A nice inter-conference matchup that would have fit right in with the marquee slate on Christmas Day. After a rocky patch in late November and early December, the Rockets have now won seven of eight. However, Chris Paul is out with a strained groin and James Harden is questionable (bruised calf). The Celtics are coming off a big overtime win against the 76ers on Christmas Day, led by Kyrie Irving (40 points).

Rose explodes for 50 points to lead Timberwolves over Jazz