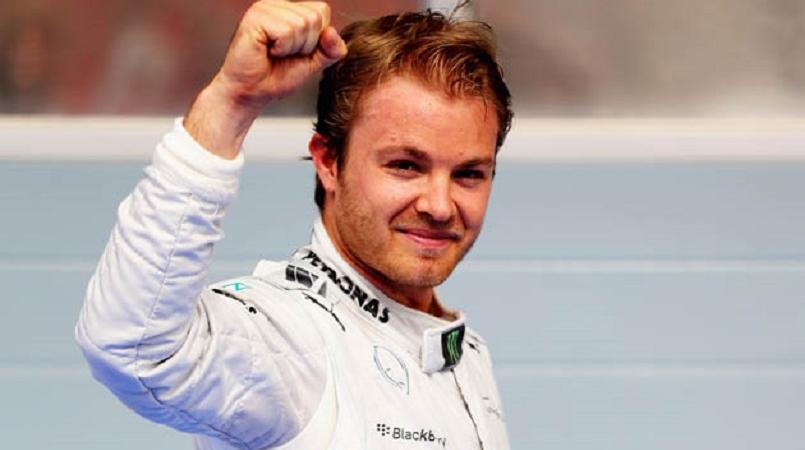 German driver Nico Rosberg held his nerve to win the Formula One championship for the first time after finishing second at the season-ending Abu Dhabi Grand Prix on Sunday.

Rosberg was 12 points ahead of his teammate coming into the title showdown and only needed to finish third, even if Hamilton won.

Hamilton blatantly disobeyed team orders to speed up near the end, thus backing Rosberg toward Sebastian Vettel and Max Verstappen in third and fourth places, respectively.

Vettel could not quite pass Rosberg and he finished third ahead of Verstappen.

Having finished runner-up for the past two seasons, the 31-year-old Rosberg finally emulates his father Keke Rosberg, who won the F1 title in 1982.

"That was definitely not the most enjoyable race I've had. Can't believe it's over. I'm ecstatic," Rosberg said.

Hamilton, meanwhile, misses out a third straight title and fourth overall, despite ending the year with 10 wins — one more than Rosberg.

Hamilton slowed in the later stages of the race to increase the chances of Rosberg being overtaken by other drivers. If Rosberg had been passed by Vettel and Verstappen and had finsihed fourth, then Hamilton would have held onto his title.

When his team told him over race radio to up the tempo, Hamilton replied bluntly: "I suggest you guys let us race."

Even a direct order from Mercedes' executive director Paddy Lowe four laps from the end did not work.

Rosberg was clearly getting nervous, and Vettel was a wheel's length away from him on the final lap.

But he kept his cool and his elation was evident as he let out a delighted screech of "Yes! World champion" when he crossed the line.

Then he jumped out of his car and danced around the track before being hugged by his mechanics.

Hamilton made a point of coming over to congratulate Rosberg and offered him a hug. Rosberg accepted but it was a brief one, and then he carried on celebrating as he was tossed into the air by his Mercedes crew.

He then grabbed Formula One supremo Bernie Ecclestone and lifted him into the air, while Ecclestone congratulated him.

Hamilton stood in the corner sipping water as Vettel — himself a four-time F1 champion — smiled and congratulated Rosberg.