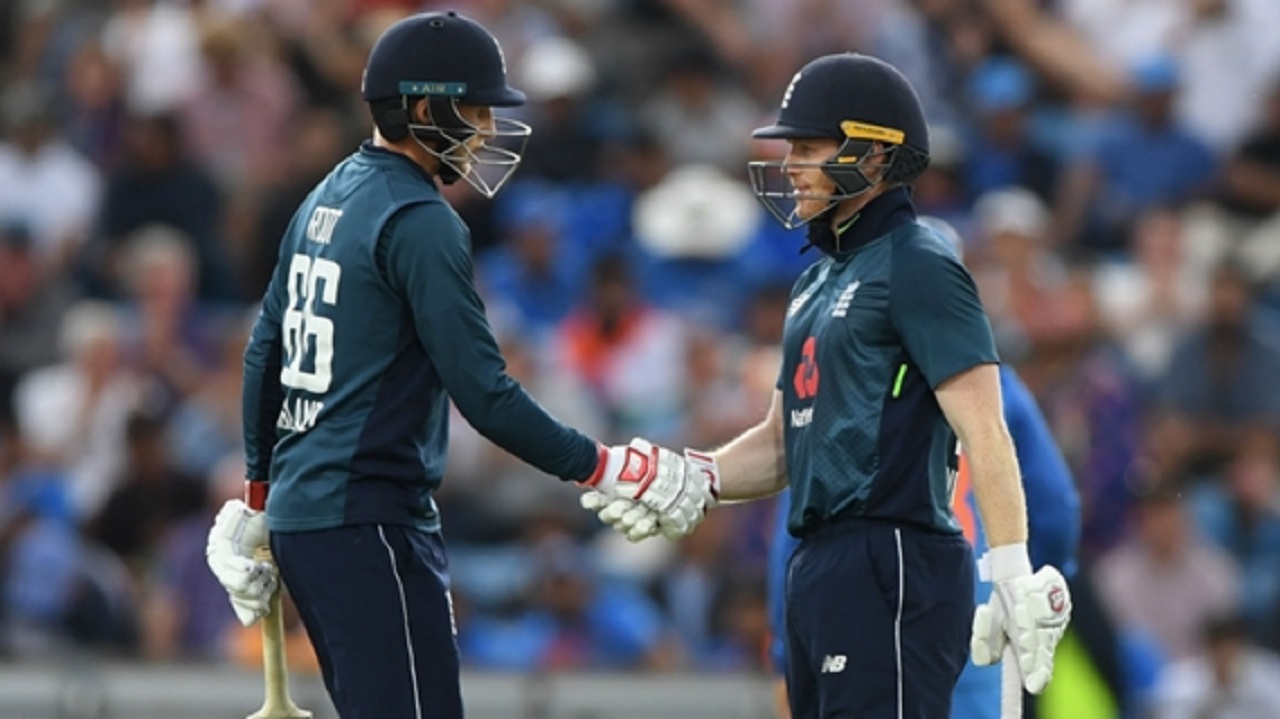 Joe Root scored an unbeaten hundred for the second successive match as England clinched the one-day series against India in style at Headingley, cruising to an emphatic eight-wicket win in the decider on Tuesday.

Yorkshireman Root followed up his unbeaten 113 at Lord's on Saturday with 100 not out at his home ground, helping England ease past the touring side's total of 256-8 with 33 deliveries to spare.

The right-hander clubbed a full toss from Hardik Pandya to the mid-wicket boundary to not only clinch victory but also reach his 13th ODI century, the most by an Englishman in the 50-over format at international level.

Root - who will lead his country in the upcoming five-match Test series against the same opponents - combined with limited-overs captain Eoin Morgan in an unbroken third-wicket stand worth 186.

India's varied attack simply had no answer to the pair, though in truth they always looked short of runs after Adil Rashid (3-49) had undermined their efforts with the bat.

Virat Kohli top-scored with 71 but an innings that failed to get out of the blocks then faltered badly in the middle against England's slow bowlers.

They lost Rohit Sharma early in a powerplay that yielded just 32 runs, while the run out of Shikhar Dhawan (44) - caught short by a direct hit from Ben Stokes - needlessly brought a premature end to a promising second-wicket partnership.

Still, the visitors had reached 125-2 before Rashid turned the game decisively in England's favour.

The leg-spinner benefited from an inside edge to dismiss Dinesh Karthik (21) before removing both Kohli - bowled for 71 by a delivery that spun sharply away from India's skipper, beating his bat to hit off stump - and Suresh Raina (1) in the same over.

Helped by Pandya and Bhuvneshwar Kumar, who both contributed 21, MS Dhoni studiously repaired the mid-innings damage, making a patient 42 from 66 deliveries, but they always looked to have a below-par total.

Jonny Bairstow made a breezy 30 at the start of the reply, while James Vince - drafted into the XI to replace the injured Jason Roy - wasted an opportunity to impress when he was run out for 27.

However, his dismissal simply allowed Morgan to join forces with Root, the duo making serene progress in the Leeds sunshine as England, beaten comfortably in the opening game at Trent Bridge, had the last word in the battle between the top two in the ODI rankings.