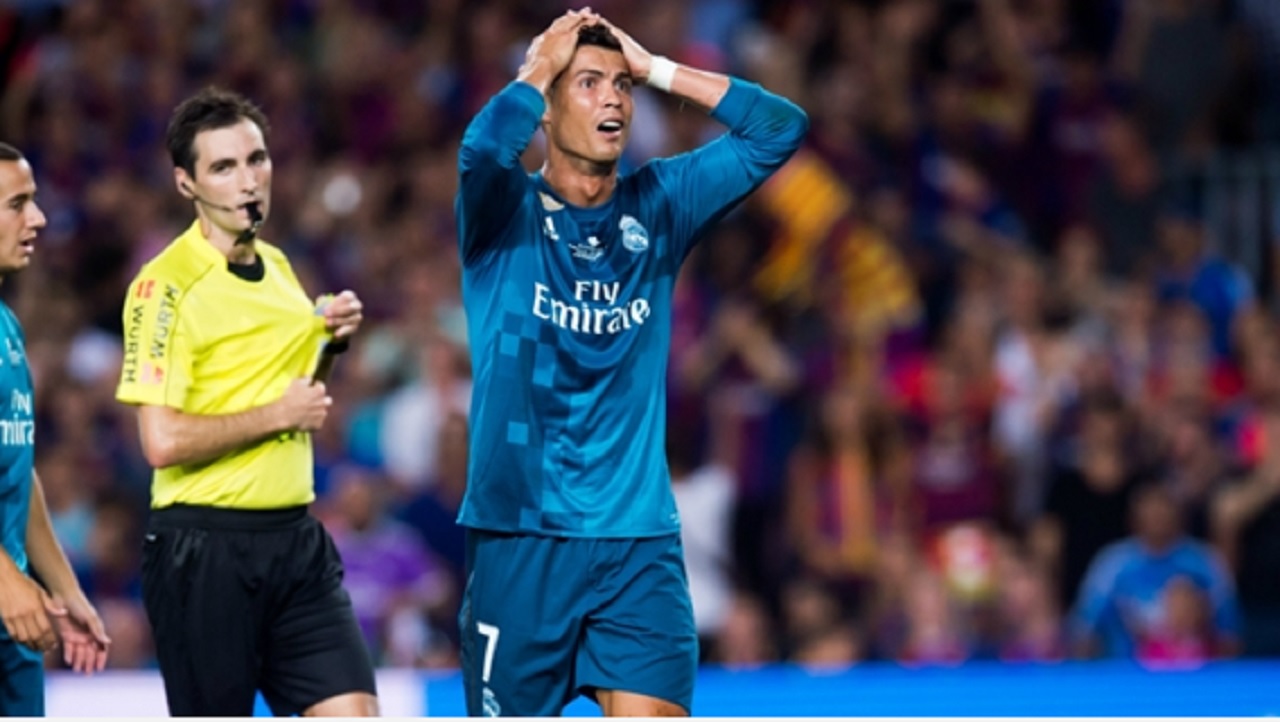 A dismayed Cristiano Ronaldo after being sent off against Barcelona.

Cristiano Ronaldo's five-match ban will stand after an appeal was rejected by the Spanish Football Federation.

Ronaldo was handed the sanction after being sent off and then shoving the referee in Real Madrid's 3-1 Supercopa de Espana first-leg victory over Barcelona on Sunday.

The Portugal star played out a dramatic cameo at Camp Nou, coming off the bench to score a stunner before getting booked for removing his shirt in celebration.

He took a tumble in the box just two minutes later and earned a second yellow card for an apparent dive, but Ronaldo allowed his anger to get the better of him as he then pushed referee Ricardo de Burgos.

The 32-year-old could have been suspended for a maximum of 12 games, but the RFEF opted to impose a five-match ban.

One game was attributed to his dismissal and four were as a consequence of his behaviour toward De Burgos.

Madrid challenged the decision but that case has been dismissed, meaning Ronaldo will sit out Wednesday's second leg of the Supercopa, followed by Liga matches away to Deportivo La Coruna, at home to Valencia and Levante and away to Real Sociedad.