Ronaldo speaks out over racism 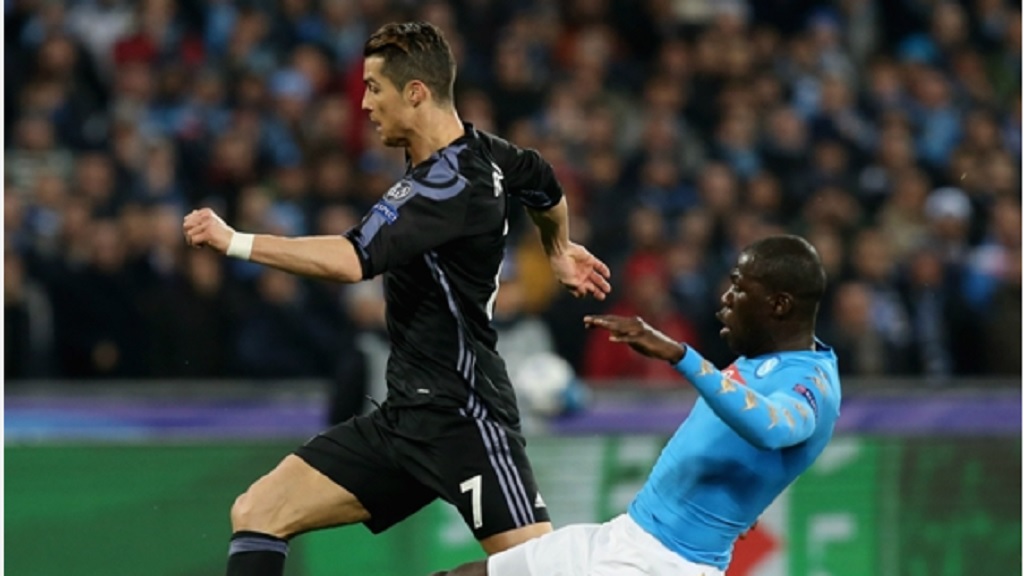 Cristiano Ronaldo has spoken out after Napoli defender Kalidou Koulibaly was allegedly subjected to racist chants during his side's Boxing Day defeat at Inter.

Head coach Carlo Ancelotti said after Napoli's 1-0 loss that they tried to get the game suspended three times because of offensive chants.

Koulibaly, who was sent off during the game, addressed the issue on social media after the match, which was won by Lautoro Martinez's late goal, writing: "I'm sorry for the defeat and above all for having left my brothers! But I'm proud of the colour of my skin. Of being French, Senegalese, Neapolitan: man."

And Ronaldo offered support to Koulibaly with a social media post accompanied with a snap of himself with the defender.

"I always want education and respect in life and football," Ronaldo wrote on Instagram. "No to racism or any other type of offence and discrimination!!!"

Mayor of Milan Beppe Sala, who supports Inter, also condemned the abuse as he issued a public apology to Koulibaly via a Facebook post.

"I went to the stadium yesterday, following that passion which was passed on to me by my father," Sala wrote on Facebook. "I celebrated Inter's win but I came home crestfallen.

"Those 'boos' to Koulibaly were disgraceful. It was a disgraceful act aimed at a serious sportsman like him, who shows pride in the colour of his skin.

"Inter will do what they feel is the right thing to do, but I would like it if they gave the captain's armband to [Kwadwo] Asamoah for the Empoli game.

"In the meantime, I would like to apologise to Kalidou Koulibaly in my own name and in the name of the decent city of Milan."

Jamaica-born Sterling brave to speak out over racism - Southgate