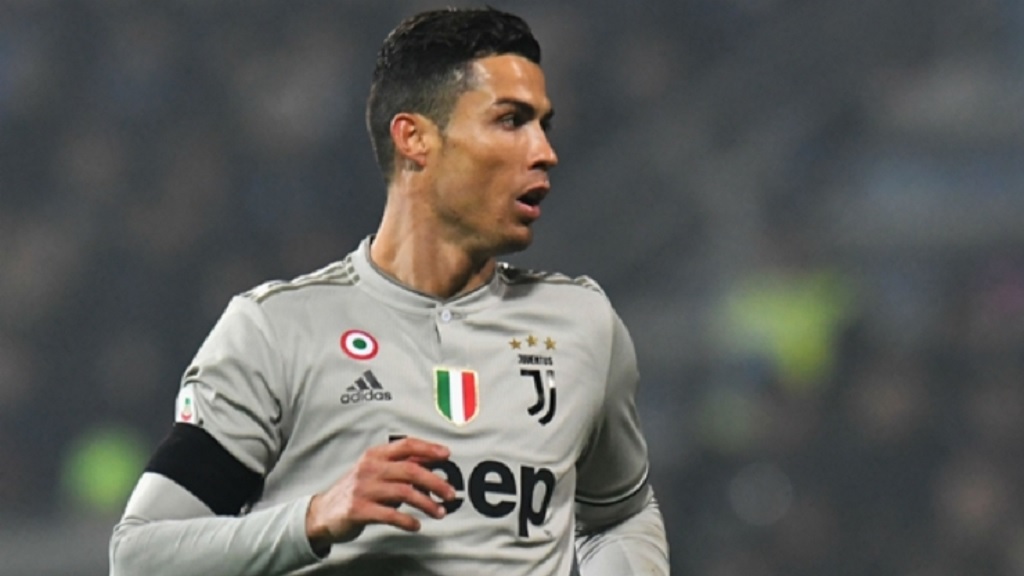 Ronaldo joined Juve in pre-season for a reported €110million after a successful nine-year spell with Real Madrid and he has been a hit in Italy too, scoring 18 Serie A goals in 23 appearances.

The move came as something of a shock and instantly saw Juve spoken about as arguably the favourites for the 2018-19 Champions League, with Ronaldo having played a vital role in Madrid's domination of the competition in the past three seasons.

Ronaldo's arrival also helped fill the void – in terms of experience and leadership – of Gianluigi Buffon, who joined Paris Saint-Germain for his swansong, allowing Chiellini to take up the role of captain on a permanent basis.

The Italian is enjoying learning from Ronaldo, who he feels is comparable to 20-time tennis grand slam winner Federer and Bolt, the eight-time Olympic champion generally regarded as the greatest sprinter of all time.

"Replacing Buffon is not easy at all," Chiellini told La Stampa. "As captain, you do not need to do the jobs of the others.

"But, you have to help maintain a balance [in the squad], and in a multi-cultural dressing room which includes many different backgrounds, habits and religions, it's not always easy, but sharing that [environment] is beautiful.

"You become a leader. I am a curious person, a good observer and I like learning. For example, having Ronaldo close to me is interesting.

"He is like Bolt and Federer. Understanding the habits of those who have that extra gear helps. It is not to imitate him, but rather it helps to broaden my horizons [as captain]."

Ronaldo speaks out over racism