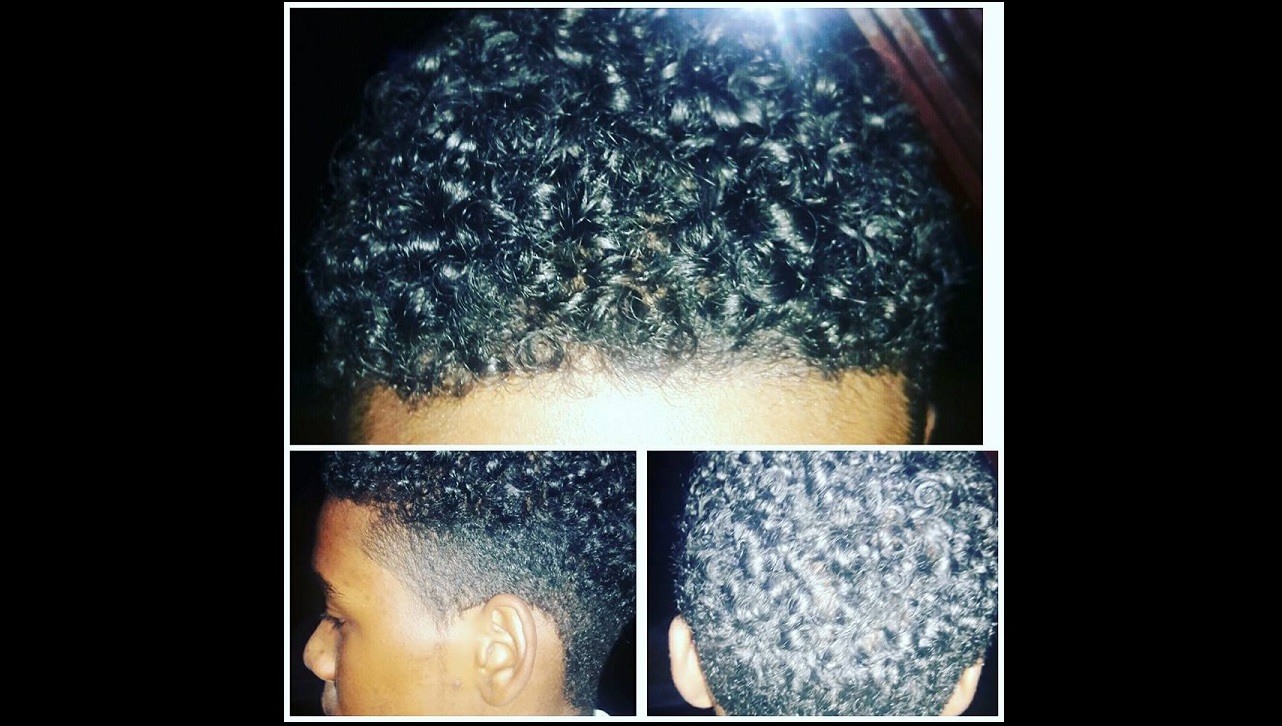 The hairstyle being worn by Ron Muschette's son that allegedly barred him from graduation. (PHOTO: Mello FM)

Cornwall College in Montego Bay, St James is unlikely to be in the fan book of Mello FM Radio's mega-presenter, Ron Muschette, for some time to come.

This is after the showman's son was reportedly denied perhaps his only opportunity to graduate from the school he attended because of concerns about the height of his hair.

But with the lad's haircut being posted from all relevant angles on Muschette's Facebook page, obviously for public consumption and perspectives, the mystery is well and truly on as to what height hair was in question?

Yes, it could be said that the haircut was extremely well done - as neat as can be. But height concerns? What height in fact?

It has been said that the school's dean of discipline took the decision to ban young Muschette from the 2017 graduate ceremony, reportedly on the basis of his hair being too tall, leaving the youngster out of the entire exercise - no gown, no goose pimples, no picture - nothing!

In response to the Facebook post, expressions of bewilderment and even anger were commonplace, with responders almost unanimously asking on what basis the haircut that is posted could be considered to be too tall for a high school graduation, or any graduation for that matter?

Below are some of the responses to the posting.

"As a past student of this school, I will admit that this is total s...".

"Wth?? What is wrong with people"?

"Oh gosh, this is just wickedness".

But in the midst of it all, the Muschettes can perhaps take some comfort in the fact that their experience was limited to being reportedly banned from an exercise, and was nothing like the strong-arm, institutional barbering drill that was reportedly unveiled at Vauxhall High School in Kingston earlier this year.