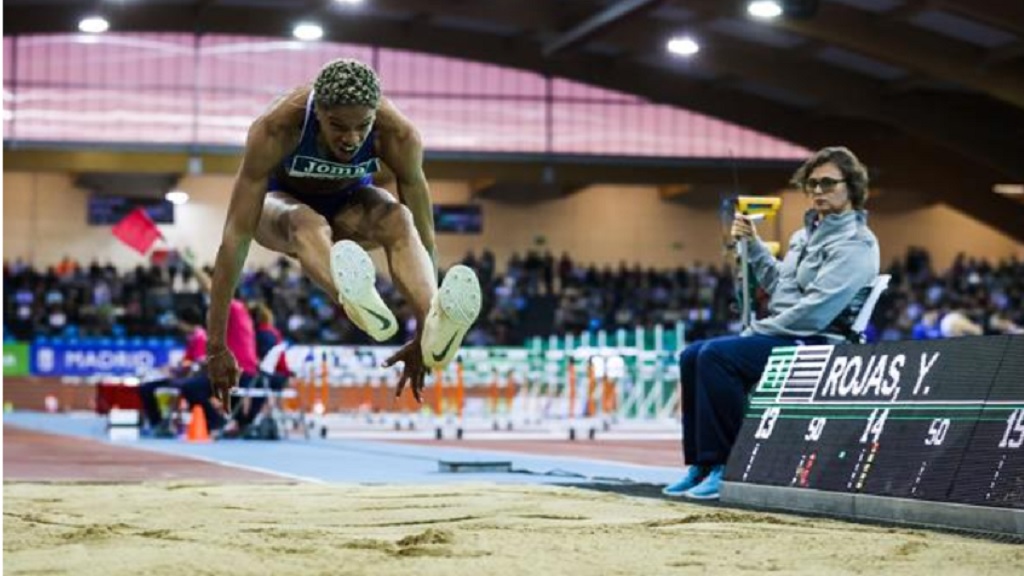 With her final attempt of the evening, Venezuela's Yulimar Rojas bounded out to a world indoor triple jump record of 15.43m at the Meeting Villa de Madrid, the final World Athletics Indoor Tour meeting of the season, on Friday.

The two-time world champion opened with a foul but then registered a valid 14.65m in round two to immediately move into the lead. After another foul in round three, she sailed out to 15.29m in round four, breaking her own South American indoor record and moving to second on the world indoor all-time list.

She wasn't finished, though.

Following a third foul in round five, Rojas commanded the attention of the packed-out Polideportivo Gallur for her sixth and final attempt. She nailed every stage and landed at 15.43m, adding seven centimetres to the world indoor record that had stood since 2004.

It was also two centimetres farther than her outdoor PB and is the absolute second-best triple jump performance, indoors or outdoors.