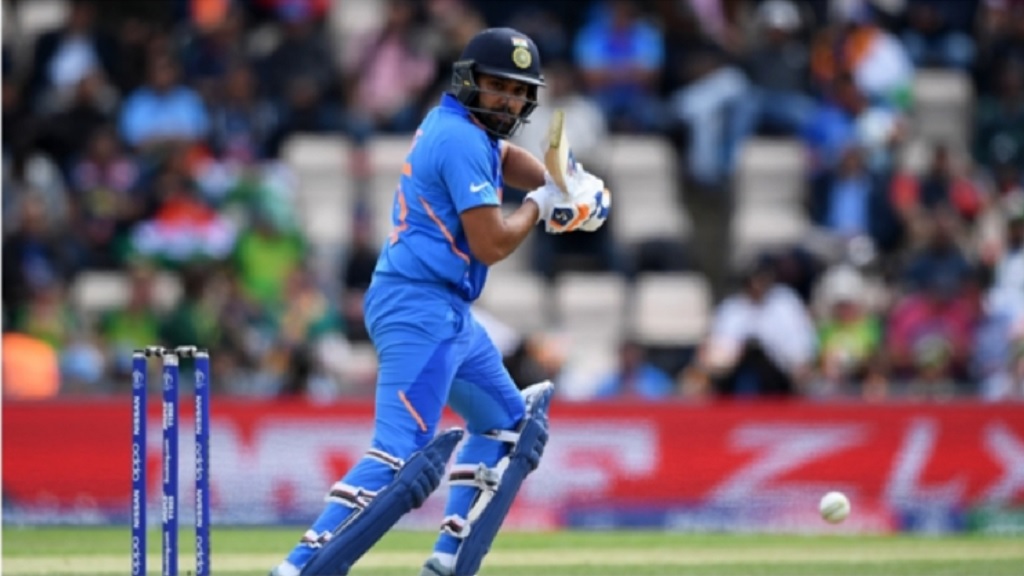 India, making their tournament bow, started slowly in a seemingly straightforward chase of 228 as Virat Kohli failed to fire, but Rohit moved through the gears to defeat a Proteas attack missing Lungi Ngidi and Dale Steyn.

It was a victory World Cup debutants Jasprit Bumrah (2-35) and Yuzvendra Chahal (4-51) deserved, too, after superb displays at the Rose Bowl restricted their opponents to 227-9.

That total was only achieved thanks to the lower-order contributions of Chris Morris (42), Andile Phehlukwayo (34) and Kagiso Rabada (31 not out) but the score always looked below par and so it proved.

Rohit – dropped in farcical fashion by David Miller late in the piece – shared in stands of 85 with KL Rahul and 74 alongside MS Dhoni, bringing up three figures off 128 balls before finishing with 13 fours and a pair of sixes in his 144-ball knock.

Although India took their time, reaching their target with only 15 deliveries remaining, there was rarely any danger of the 2011 champions failing to kick off with a win, while the Proteas are already staring elimination in the face.

What does it mean? India in good nick

India benefited from having the best part of a week to weigh up the opposition and proved too strong in the first match of what will surely be a title challenge. Bumrah and Chahal took to their new surroundings with ease while Rohit showcased all his class and experience.

As for South Africa, Faf du Plessis' side will likely have to win five – and perhaps all six – of their remaining games to have a chance of reaching the semi-finals.

Rabada had taken an apparent feud with Kohli public as he called the India skipper "immature" in the build-up to this match, making the batsman's arrival to 'Eye of the Tiger' equal parts fitting and ominous.

Kohli only made 18 from 34 balls but it was Phehlukwayo, not Rabada, who claimed his wicket – although in truth all the credit should go to wicketkeeper Quinton de Kock, who pulled off a stunning one-handed grab flying high to his right.

Warner marks comeback in style as Australia ease past Afghanistan

Australia to 'take the contest' to Chris Gayle - Finch