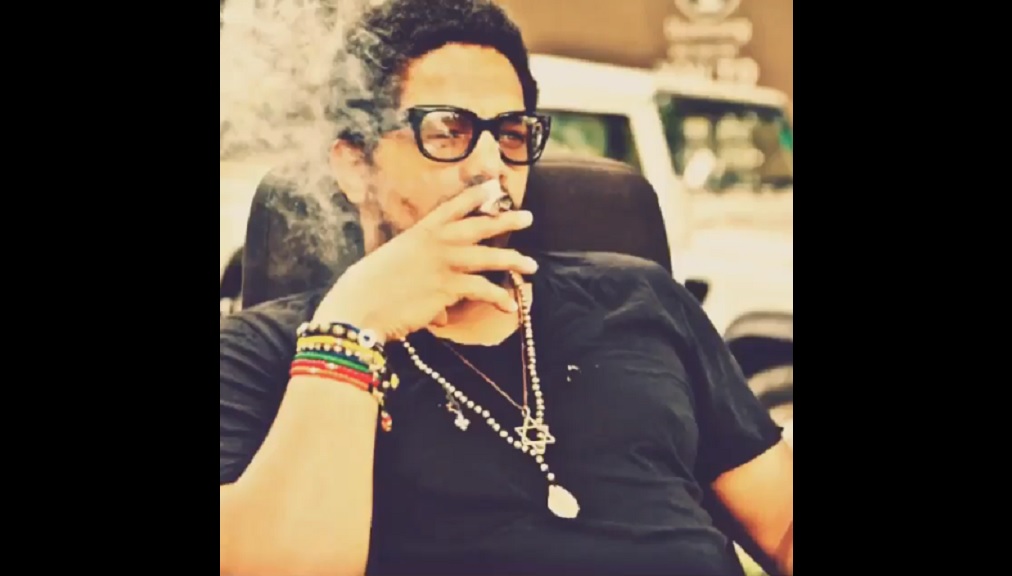 Rohan Marley is pictured smoking in this screengrab from a video posted to his Instagram page.

Business partners John J Zidziunas and Rohan Marley, who have applied for a state license to operate a cannabis dispensary in Montclair, New Jersey, said Tuesday that products will include Marley's own cannabis line, “Lion Order.”

Rohan Marley is one of the sons of reggae legend Bob Marley. He has partnered with Colorado-based dispensary Lightshade to get a license to open the medical cannabis dispensary, "Lightshade by Ro Marley” in Essex County. Montclair-based  attorney John Zidziunas is part of the Marley/Lightshade partnership

Zidziunas said Lion Order products, offered pre-rolled and also as buds, are going to be sold in the Montclair retail store for which the partners are awaiting state licensing.

“Rohan is also in the process of collaborating with a large multi-state operator in the US with intentions to cultivate and sell Lion Order in as many states as possible,” he told Loop News on Tuesday.

Lightshade, the store being planned by Marley and his partner, joins a number of other applicants for licensing.

New Jersey is expected to announce the winners of the last application round sometime in early December 2019.  Fifteen licenses will be awarded to retailers, Zidziunas outlined.

Zidziunas told Loop, “over US$2 million initial capital is being invested into our store to ensure that we meet and exceed our patients' needs with products, proper staffing, and security. We want to create a store that is aesthetically beautiful in design that feels inviting to our patients. “

He added, “The store will be modern, yet maintain the balance of a Jamaican roots feeling. Rohan wants the store to feel like a destination offering a unique in-store experience.”

He stated that services to be offered will include “ a wide range of high quality medical marijuana to treat our patients. Our budtenders will be well educated, well trained and know how to treat each patient individually to fit their needs and goals.”

Asked about the estimated value of the market being targeted, Zidziunas  responded, “It is difficult to say the value of the market as New Jersey begins to progress from being a restricted medical marijuana state to a relaxed medical marijuana state, as law makers continue to expand the list of qualifying conditions that allow greater patient access..”

He added however that with the development of the industry, New Jersey's marijuana market is expected to become a US$850 million industry.

The venture is not without its challenges. Zidziunas explained to Loop News, “I would say nearly all applicants in New Jersey faced difficult challenges when it came to finding properties that are compliant with State and local regulations concerning school zones and other concerns.

“Additionally, most applicants faced challenges in obtaining political support from the community. Fortunately we were blessed to get the community's support because Montclair's Mayor, Council and local business leaders all overwhelmingly supported our application.”

Zidziunas stated, “if our application is approved, Montclair would be the first town in New Jersey to have two marijuana dispensaries in the same city.  Although its common to see that in California and Colorado, for New Jersey that would be a big deal.”

In the state overall,  there are six dispensaries, some of which started in  2012 when New Jersey approved the use of medical marijuana for limited conditions.

In December of 2018, another six licenses were awarded although none of this batch are yet to open. Rohan and Lightshade will in one month know the fate of their application.

A vote on the legalization of marijuana on a wider basis is expected in the state in 2020.