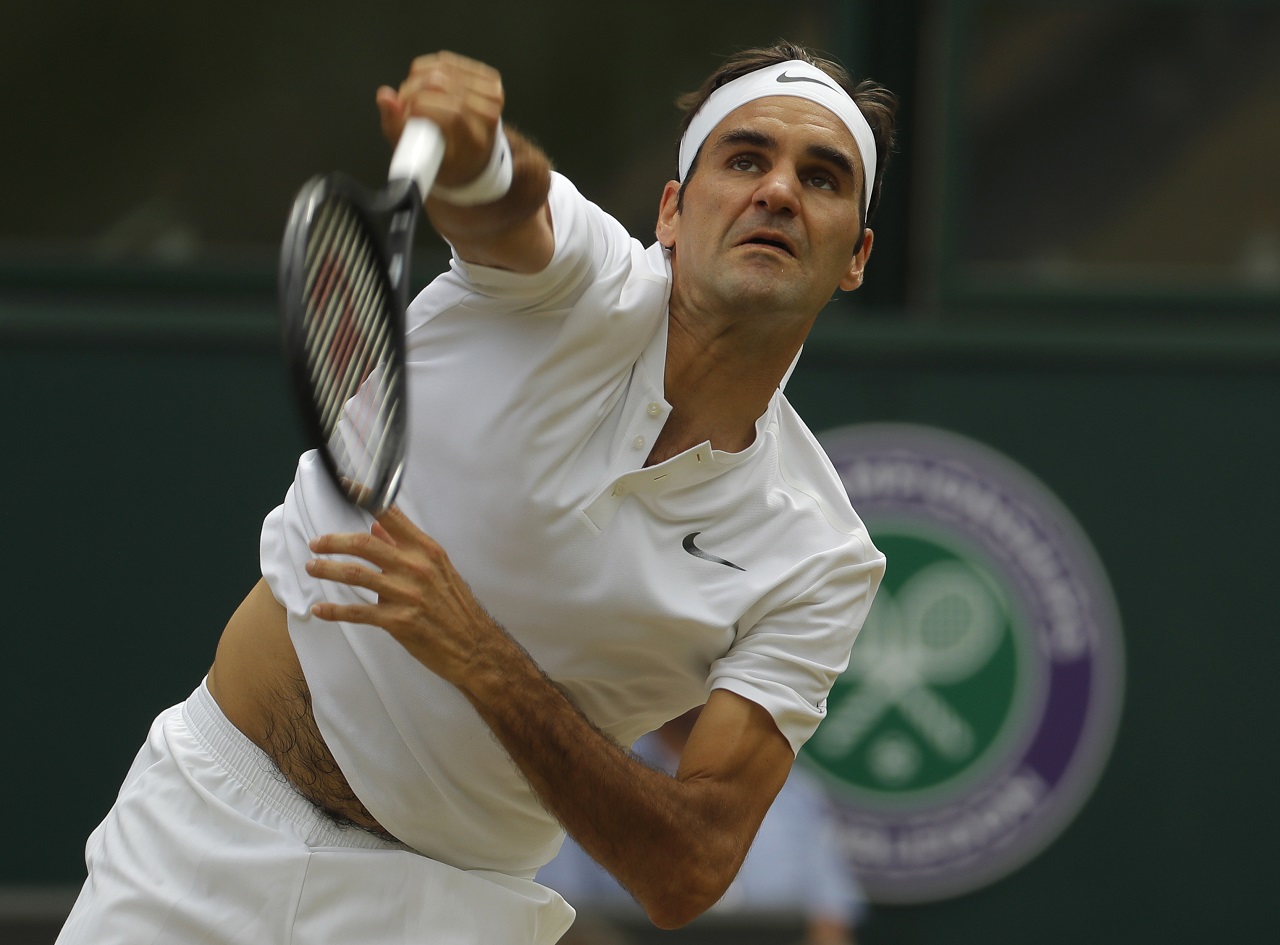 Roger Federer eased to a record-breaking eighth Wimbledon title by beating a tearful Marin Cilic in straights sets with another domineering Centre Court masterclass on Sunday.

The Swiss superstar had serenely eased into a record 11th final at the All England Club and turned on the style yet again to defeat the seventh seed 6-3 6-1 6-4 in 101 minutes to take his incredible tally of major titles to 19.

Federer outclassed a nervy Cilic – who sobbed during the second set after calling for the trainer and later had tape applied to his foot – to become the first man to win the grass-court major eight times, surpassing the marks set by Pete Sampras and Williams Renshaw.

The great Federer, who turns 36 next month, is the oldest male to win Wimbledon in the Open Era and the first to win the tournament without dropping a set since Bjorn Borg achieved that feat 41 years ago.

Federer faced questions over his future when he cut short his season after losing to Milos Raonic at the semi-final stage in south west London last year, but showed age is no barrier by winning the Australian Open in January and the third seed has been a class apart at Wimbledon after skipping the clay-court swing.

The veteran will now move up to third in the world rankings after making 2014 US Open champion Cilic's first Wimbledon final a miserable experience, the Croatian simply unable to contain his masterful opponent – who was not broken in a one-sided final.

It was Cilic who had the first opportunity to claim an early break courtesy of a Federer error, but the world number six snatched at his chance by slapping a back into the net.

Federer made him rue that even more when he won the next three points of the following game and Cilic, off target with far too many first serves, tamely guided a backhand into the net from the baseline to go 3-2 down.

A sumptuous Federer drop shot had the crowd purring and there were even louder gasps when he flashed a sublime cross-court beyond winner to a earn a first set point, which Cilic saved before double-faulting to fall a set behind.

Cilic took his frustration out on his chair with his racket and looked anything but the player that has been so impressive throughout the tournament as he looped a backhand into the tramlines to go 2-0 down in the second set.

A shell-shocked Cilic wiped away tears as he sat in his chair after Federer took a 3-0 lead and was given a rousing reception by the crowd when he rose to continue the match, having called for a trainer without having any treatment.

He got on the board by winning the next game with a well-executed volley, but Federer showed no mercy as he broke again to lead 5-1 when Cilic was off target with a volley and the favourite served out the set to love.