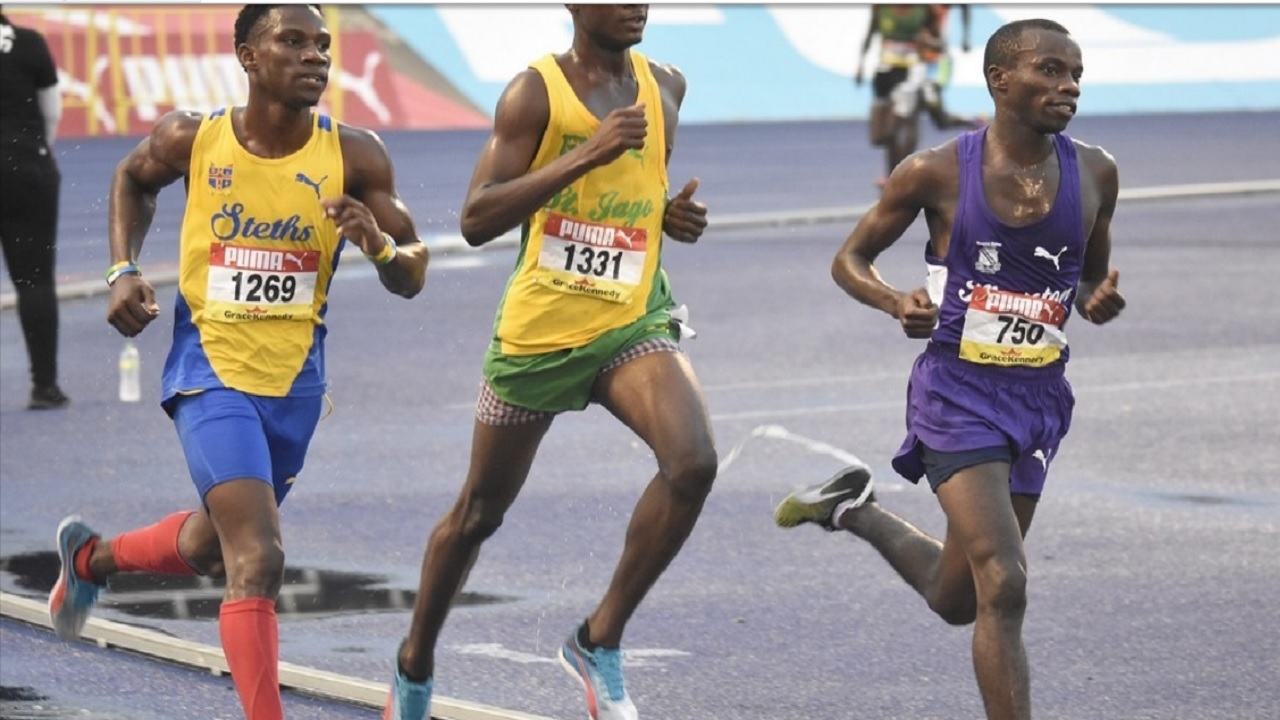 Kingston College's (KC) Ugandan athlete Arymanya Rodgers turned in a record-breaking performance to bring an end to day three action of the 2018 ISSA/GraceKennedy Boys and Girls' Athletics Championships, at the National Stadium on Thursday.

KC collected 15 points from the event as Rodgers' teammate Tarees Rhoden finished third in 6:01.70 seconds after attempting to close a one-two victory for the North Street-based school for the second year in a row.

The fifteen points were enough to hand KC the lead in the point standing in the boys' section. They surged to 69 points after seven events scored to hold a slim five-point lead over Calabar High (64) going into Friday's fourth and penultimate day.

Calabar had led KC by 10 points after five events.

The Girls' 2000-metre steeplechase open final was won by Edwin Allen High's Aneisha Ingram in 7:07.02 seconds. The three-time defending champions also earned 15 points from that final to take the lead in the girls' standing.

As a result of the 15 points earned from the final, Edwin Allen moved ahead of the point standing with 45 points after six events scored to hold a 13-point lead over second-place Hydel High (32 points). 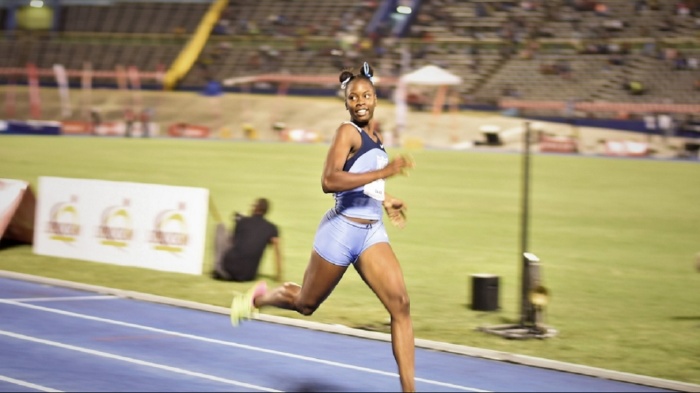 The 16-year-old Davis, who had the entire field beaten coming off the turn, stormed home in an impressive 22.92 seconds and even cut her speed, then glanced behind before crossing the line to erase the previous  best of 23.13 seconds.

Holmwood Technical's Kimberly Baker finished well behind in second place, crossing the line in 24.29 seconds, while Joanne Reid of St Jago was third in 24.55

The final will take place on Saturday at 5:25 pm.

The other record on the day came from Shantae Foreman of Excelsior High, who defended her Class 3 high jump title in style.

Foreman, as expected, outclassed the field by clearing 1.80 metres, just above the previous record of 1.79 metres she set in 2017.

Excelsior collected 16 points from the event and at that stage they stormed into a five-point lead over Rusea's High after three finals.

There was another gold medal for KC on the day as Donovan Thames won the decathlon open title for the second straight year. Thames tallied 6340 points for the victory, while JC's Wikenson Fenelon finished second with 6148 points and Rusea's High Brandon McLaren ended third with 5727 points.

Calabar High had a lucky day as they benefitted from the disqualification of St Jago from the Boys' 1600-metre sprint relays to get into Saturday's final.

St Jago easily won heat two of the preliminary round ahead of Calabar High to advance with the fastest qualifying time but had their number taken down later through Rule IAAF Rule 163.2B, which speaks about jostling or obstruction.

Calabar High did not qualify for the final after their 3:37.11 clocking was not good enough to get them among the top eight times.

With Calabar High getting a place in the final, nine teams will now compete in the medal round instead of eight.

Meanwhile, KC's Rayon Campbell, who fell while competing in the heat three of the Boys' Class 2 800-metre semi-final has been rewarded with a place in Saturday's final. Campbell had completed the race to finish at the back in 2:06.28 seconds.

Nine athletes will take place in the final instead of eight.

Hydel High's Shanta Jones won the Class 4 title with a jump of 5.31 metres.

Friday's fourth and penultimate day is scheduled to start at 8:30 am and will feature 14 girls' finals and 11 boys' finals.