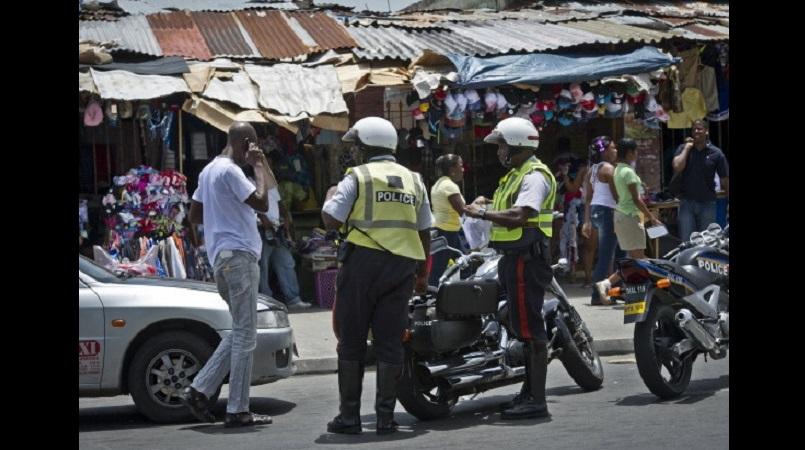 Traffic police clamp down on motorists during a recent operation in Kingston.

“It’s a major step in the right direction" - that’s how road safety advocate Dr Lucien Jones described the passage of the long-delayed Road Traffic Act in the Senate on Friday.

The Act, which repeals the 80-year-old legislation, was passed in the Upper House of the parliament with bipartisan support after 161 amendments. It will now go back to the House of Representatives, where it was first passed in February, for those amendments to be made.

Its final journey is on to the Governor General for his assent and passage into law.

Dr Jones, the vice chairman of the National Road Safety Council (NRSC) and a tireless voice for road safety in Jamaica, told Loop News on Tuesday  he is hopeful that the increased fines which are a feature of the new law will bring about a change in the behavior of road users. However, he stressed that enforcement must also take place to make it effective.

He said this was of critical importance as there was already “criticism that if you pass the law and you don’t enforce the law it doesn’t make any sense.”

“But it still doesn’t take away from the fact that to pass the law is a major step,” Jones added.

He noted that the NRSC was particularly pleased with the mandate given to the Island Traffic Authority under the new road traffic act. The Authority has the mandate to suspend or revoke the drivers licences of persons who have racked up a certain number of demerit points. This is currently the purview of the court.

“Now it’s automatic. Once you exceed, I think it’s 12 demerit points, you get a note from the Island Traffic Authority which means you can’t drive until those demerit points have been wiped out and you start all over again.

“I think that, plus once you fix the ticketing system …will be a major change,” Jones reasoned.

A major provision of the new act targets pedal cyclists who are seen as among the most reckless road users. It will no longer be business as usual as under the new act, a pedal cyclist who runs the red light or refuses to obey stop signs could be brought before the courts and fined up to $24,000.

Where payment is not made, the pedal cyclist faces up to 10 days in prison.

Nearly 120 Jamaicans have perished in motor vehicle collisions since the start of the year.

No grace period for persons found driving without drivers' licence