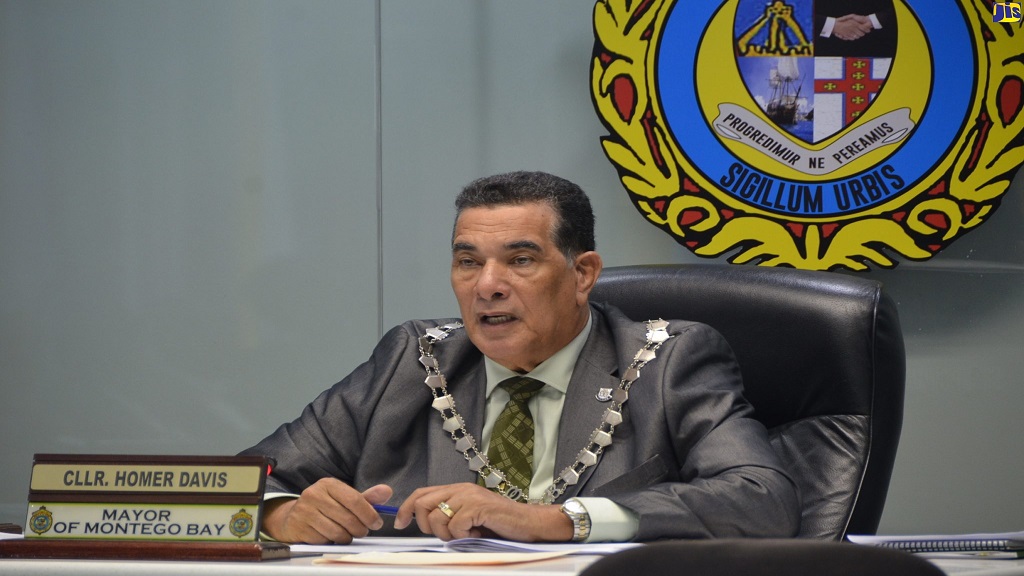 A number of communities in Montego Bay are to benefit from road repair and beautification works under ‘Operation Restore Paradise’.

“We will do some patching of potholes, some painting of curb walls, and repair of some drainage systems,” said Montego Bay Mayor, Homer Davis.

“We will be looking at replacing street name signs and (painting) pedestrian crossings,” he added.

The mayor was addressing councillors and city stakeholders at the corporation’s monthly meeting on last Thursday.

He said the project is estimated to cost over $25.3 million, and dialogue is being held with the Tourism Enhancement Fund (TEF) to assist with funding.

Davis said among the communities to benefit from the programme are Barnett Lane, Railway Lane and Hart Street.

The work will be done by citizens from the respective communities, and will be supervised by the security forces, he indicated.

“What we are seeking to do is build bridges between the security forces and some of these communities,” he outlined.

The mayor said the objective is to complete the project during the 90-day period of extension for ‘Operation Restore Paradise’, which is to end in August.

He noted that the work to be undertaken will beautify sections of the city and make it easier for locals and visitors to get around.

“Oftentimes, persons come into this city and find it difficult to (navigate) because some areas do not have street signs. As a result, we are seeking to cover those areas,” he said.

The St James Municipal Corporation and the police launched ‘Operation Restore Paradise’ on May 20 as a one-week initiative aimed at restoring and maintaining law and order in the parish.

Focus was placed on enforcing the statutes in relation to traffic, public health and public order, and sensitising citizens about the various laws, rules and regulations.

A decision was subsequently taken to extend the project for a further 90 days to build on the success of the measures that were undertaken within the first week.

Operation Restore Paradise is part of the social intervention aspect under the state of emergency (SOE) that is under way in St James.