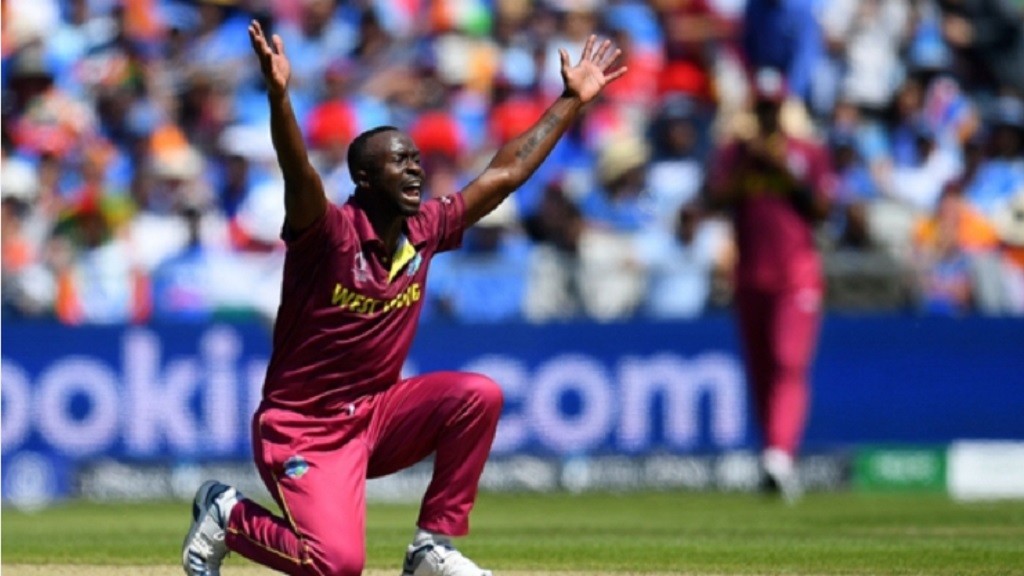 Kemar Roach says West Indies must take a long, hard look at themselves after their Cricket World Cup failure but feels the future is still bright for Jason Holder's side.

The Windies' hopes of qualifying for the semi-finals were dashed when India consigned them to a chastening 125-run defeat at Old Trafford on Thursday.

India posted 268-7 after Virat Kohli won the toss on a glorious day in Manchester, the captain making 72 and MS Dhoni 56 not out.

The hostile Roach (3-36) was the pick of the Windies bowlers, with excellent support from Sheldon Cottrell (2-50) and captain Jason Holder (2-33).

Holder's men collapsed from 71-2 to 143 all out in reply, paying the price for a lack of application - Mohammed Shami doing much of the damage with outstanding figures of 4-16.

Paceman Roach says the Windies must learn their lessons after falling short in the tournament.

"All the bowlers bowled well. To restrict India for 260 is always going to be good," he told the media.

"They're a quality batting line-up, some world-class players on their team. And I think 260 on that pitch was, for me, [was] below par. But it was just not our day for the batsmen. So we go look at ourselves deeply and obviously move forward."

He added: "I think we have a bright future. We have some quality players around. [Shimron] Hetmyer and Oshane [Thomas], the younger guys, once they get some good guidance, they'll do well for West Indies.

"And I'm confident in the guys. I'll always be a fan of West Indies cricket for sure. And there's no doubt about it.

"It's all a good future for us. There's a couple of guys back home doing well as well. So hopefully we'll see these guys filter into the West Indies team in the probably near future."