Roach and Gabriel give Windies the edge in Antigua 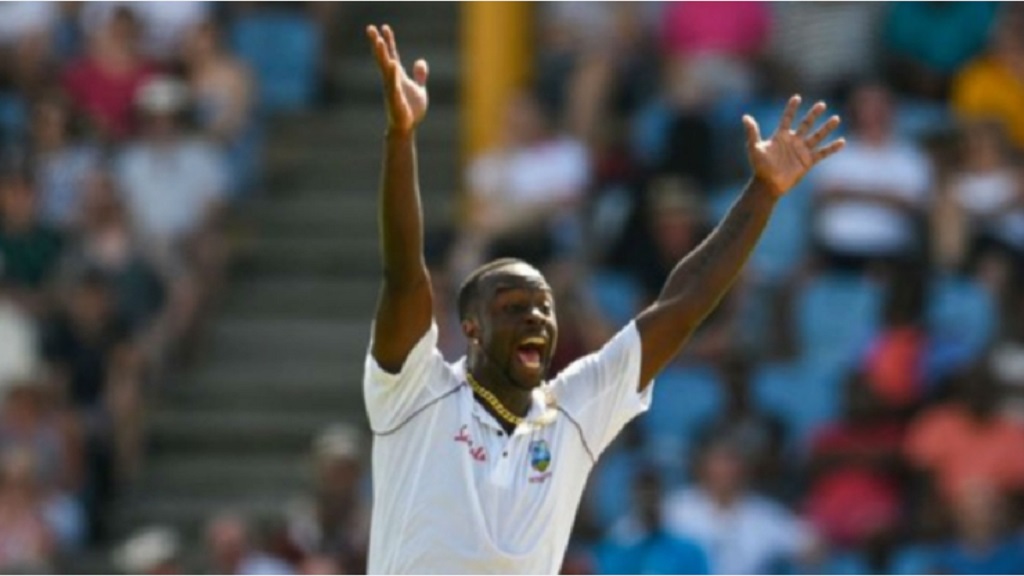 Kemar Roach and Shannon Gabriel got West Indies off to a promising start on a rain-affected day one of the Test series against India before Ajinkya Rahane steadied the ship with a half-century at North Sound.

Rahane made a patient 81 at the Sir Vivian Richards Stadium to rescue the top-ranked side, who left out spinner Ravichandran Ashwin and batsman Rohit Sharma.

KL Rahul chipped in with 44 on an opening day in which only 68.5 overs were bowled due to the weather, which brought play to a premature end.

India were in trouble on 7-2 after the lively Roach struck twice in the fifth over, snaring Mayank Agarwal and Cheteshwar Pujara caught behind with a hostile display of bowling with the new ball.

Gabriel then claimed the prized scalp of India captain Virat Kohli, who was taken by debutant Shamarh Brooks in the gully for just nine to leave the tourists deeper in the mire.

Rahul and Rahane prevented any further damage from being done before lunch, digging in as the Windies attack continued to probe.

Rahul hung in there following an edgy start and Miguel Cummins was unable to cling on to a difficult chance to see the back of Rahane, who drove with increasing assurance.

Roston Chase (1-42) ended a fourth-wicket stand of 68 by getting Rahul caught behind down the leg side and India were 134-4 when tea was taken early due to rain.

Hanuma Vihari, playing in only his fifth Test, struck five boundaries in his 32 before edging Roach behind and Rahane missed out on a century when he chopped on attempting to punch Gabriel through the off side.

Rishabh Pant was unbeaten on 20 and Ravindra Jadeja dug in for three before stumps were called after the rain returned.