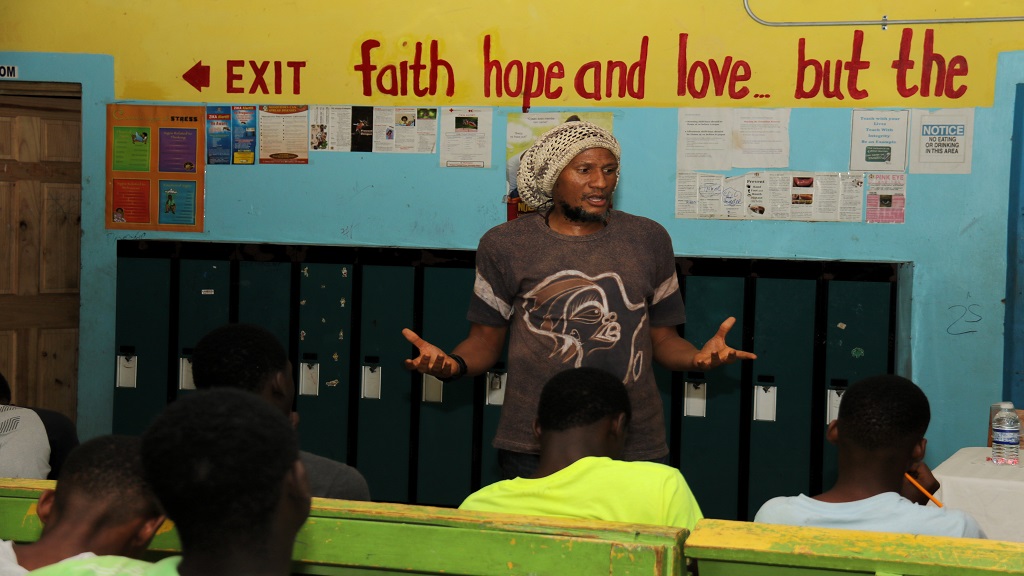 A number of boys at the Sunbeam Children’s Home in St Catherine were this week empowered to believe in their ability to succeed at an inspiring workshop facilitated by the Buju Banton Foundation.

For the session, held on Monday under the theme 'The Importance of Education, Character & Discipline for Future Success’, the Buju Banton Foundation recruited accomplished motivational speakers, Dr Kadamawe Knife, UWI Mona lecturer/ business management and entrepreneurship; and Aubrey Stewart, the chief security strategist at the Ministry of National Security.

Stewart, who hails from the inner city community of Canterbury in Montego Bay, shared his moving personal testimony as an at risk youth.  Subjected to ridicule and scorn by persons who said he would amount to nothing, he shared how he defied all negativity to succeed. He urged the wards to dismiss all negative people.

“You can be anything you want, if you surround yourself with wisdom from books and positive people. Don’t compare yourself with others, think about your own journey,” Stewart said, before quoting Marcus Garvey's words: “There is no height that we cannot climb by using the active intelligence of our minds.”

Dr Knife had facility staff and boys fixated, as he taught everyone strategies for success. He opened by asking about each boy’s interest, most wanting to pursue careers in the creative industry.

Dr Knife affirmed: “Jamaica is one of the most popular countries because of its creative industry - sports, music, etcetera; however, no matter what you want to do, you have to educate yourself about it. Want to deejay? Learn to write notes. Buju Banton practices and writes for many hours daily. Not just two to four hours. Several hours daily.”

He added: “The best footballer, Lionel Messi, plays ball for five minutes, each game. For the remaining 85 minutes, he studies, thinks, strategises the game. So football is more thinking than playing. It is not just control, pass, play.

"Thinking is very important in anything you are going to do. Whatever your career goals, you can learn about it, right here on the computer."

He said there are four principles for success: focus, concentrate, discipline and confidence.

"Confidence is why Usain Bolt wins and other athletes who practice just as much fail. Marcus Garvey said ‘ Without confidence you are twice defeated in the role of life. But with confidence you have won even before you have started,’" Knife added.

He told the boys: “A lot of opportunities will emerge in Jamaica. Prepare yourself."

“It was timely. The substance of it is what we need more of, as we need more successful males to motivate young men to become serious about education and their future. We are very thankful to the Buju Banton Foundation for your willingness to support the wards,” Whitley said.

According to the Buju Banton Foundation, the workshop will be presented at other facilities for at risk boys, with the next stop being the Possibility Programme Youth Hostel in Kingston.

Rosemary Duncan, director at the Buju Banton Foundation, asserted: "The foundation is committed to ensuring at risk boys, across Jamaica, become meaningful contributors to society and thus has a lot of great works planned for successful fruition of that mission."