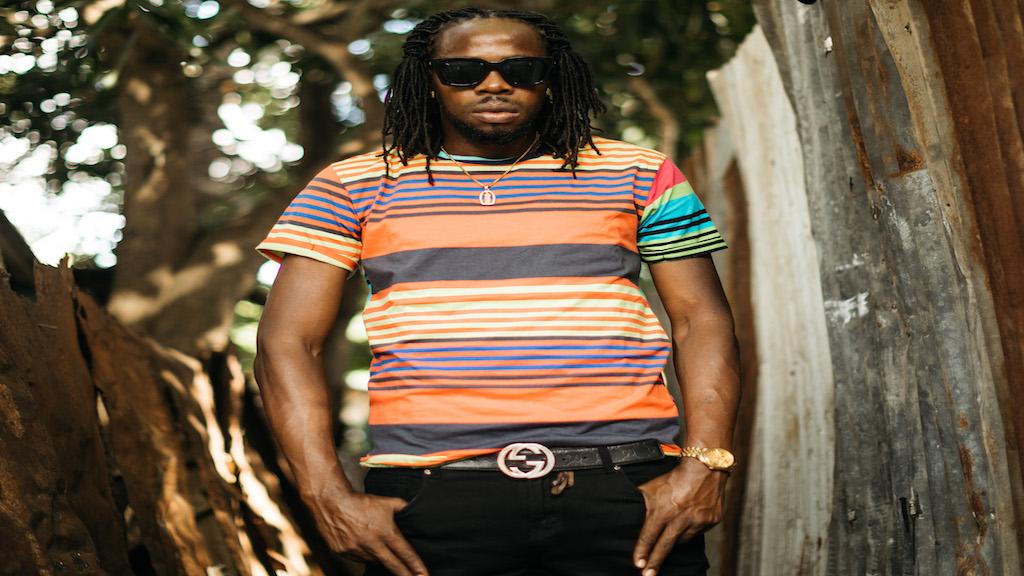 Dancehall fans may remember deejay Richie West for his hyped up 'my name is Richie West...' intro on the Jae Prynse video 'Try Harder' which racked up 4.4 million views on social sharing website, YouTube. But it is his latest single, 'No Sweet Talk' that appears to be his breakthrough song given the response in the streets and social media.

The single, 'No Sweet Talk', was released on the Rush Sheikh Records late last year. The video for that project, which features popular actor Shawn Killa Milla, was released on YouTube in December 2018.

On the strength of the buzz around the song, Richie West recently performed at club shows in Guyana, Suriname, French Guiana, and also did a couple of promotional radio runs in Trinidad.

"The music is getting out into the wider world, everyday, mi get new followers on my IG and my Facebook, the streets and the Caribbean ah say Richie West right now," he said.

Next week, Richie West will leave the island to perform on a pair of club shows in Barbados.

Richie West has spent years honing his talent and fine-tuning his unique sound. He born in the parish of St James, Montego Bay in the Catherine Hall Area, but grew up in Manchester. He attended the Balaclava High School in St, Elizabeth where he was known as a good student.

He developed an early love for music but when he left school, he joined a skills training programme to learn plumbing. A close friend, Slippery, gave him his deejay name, christening him 'Richie West' and the name stuck.

Richie started travelling back and forth from Montego Bay to Kingston, where he began working with artistes such as Jah Cure, Jae Prynse and Tommy Lee, doing road management and other jobs. He made several cameos in music video, including five videos with fellow artiste Tommy Lee.

He recently inked a recording and management deal with Mystic Melody Records and Entertainment where he is a labelmate of artistes such as Innovata, J Dark and Mekel. He recorded a single called 'Go Fi Yu Dreams' on  a new rhythm project called 'Dreams and Aspirations' for his new label. The song will be officially released on iTunes and other platforms next week.

"We plan to shoot a video for 'Dreams' next month given the crazy feedback in the streets, especially in Homestead in Spanish Town, ah the anthem inna place like Bobby Lane, and Lawrence Drive. It took me years to craft the sound, the talent was always there but now mi find out how to use it," he said.

Fans can look out for another single called 'Heartbeat' for Yard Gang Records.

"Right now, Richie West ah tek it to the world, the streets ah say ah my time," he said.