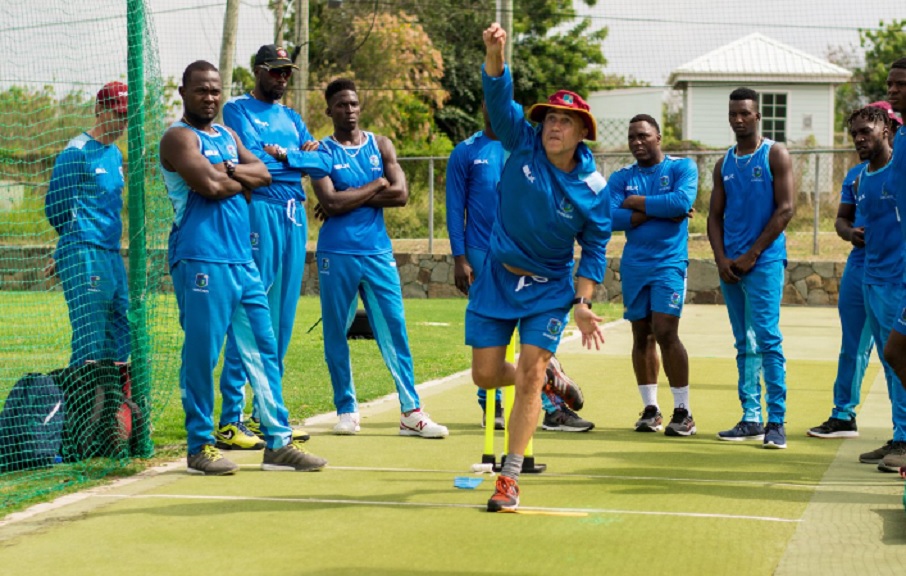 Cricket West Indies (CWI) has confirmed the appointment of Richard Pybus as the team's new head coach on an interim basis.

Pybus, who returned to the Windies' set-up as high performance director last February after previously serving as director of cricket from 2013 to 2016, is set to lead the team until September.

The former Pakistan and Bangladesh head coach will begin his tenure with home Tests and one-day internationals against England, before remaining in charge for a triangular series in Ireland, the 2019 Cricket World Cup and the visit of India in July and August.

In a statement announcing the news, CWI added: "The board of directors have already approved a succession planning program for regional coaches and will simultaneously be conducting a regional search in order to appoint a long-term head coach for the Windies men's team from September 2019 onwards."

Director of cricket Jimmy Adams added: "Richard comes into the role with previous international experience having worked with both Pakistan and Bangladesh.

"Due to his current and previous involvement in CWI, he possesses a good working knowledge of both players and coaches as the team prepares for important home series against England and India with the 2019 World Cup to be played between those series."

Richard Pybus said, “I am really looking forward to working with Jason and the Test and ODI teams, as well as Carlos and the T20I team, as we continue to build West Indies cricket. We've got a great home series against England coming up. England are a high-quality side who will be an excellent test of the team in our home conditions.