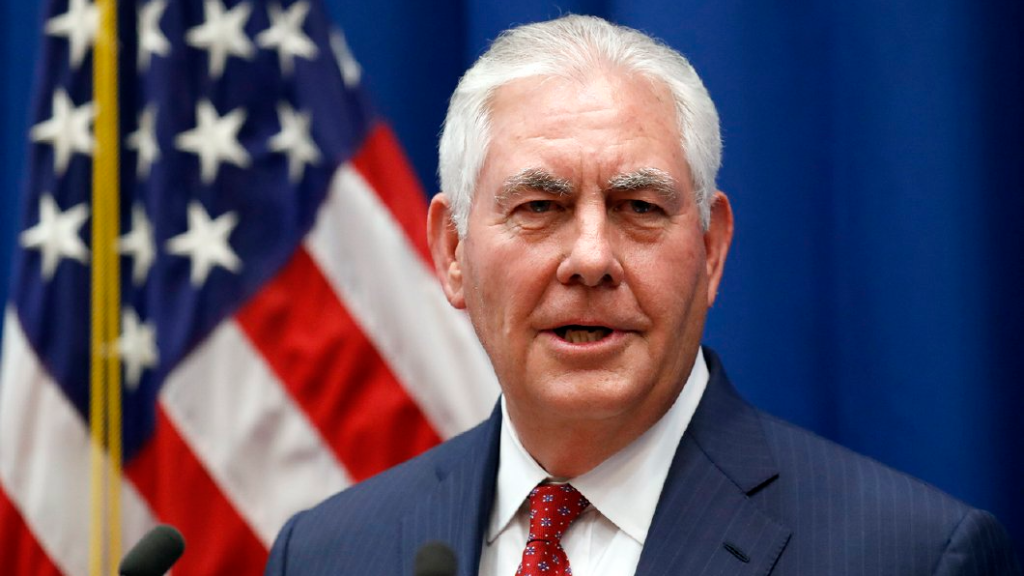 United States Secretary of State Rex Tillerson is scheduled to arrive in Jamaica Wednesday afternoon,  the last leg of his five-country whirlwind trip to Central and South America and the Caribbean.

Tillerson has already made stops in Argentina, Colombia, Mexico and Peru.

The top US diplomat is expected to spend several hours in Jamaica.

While in the island, Tillerson will hold bilateral talks with Prime Minister Andrew Holness and it is anticipated that crime and climate change will top the list is items discussed. Following those talks, both men will host a media briefing.

Former Prime Minister PJ Patterson has urged the Jamaican Government to press its own priority issues with the US Secretary of State.

Ahead of his visit, the US State Department said Tillerson will seek to promote “a safe, prosperous, energy secure and democratic hemisphere.”

The State Department said he will also advocate for increased regional attention to the crisis in Venezuela.

Tillerson softens US stance on possible talks with NKorea