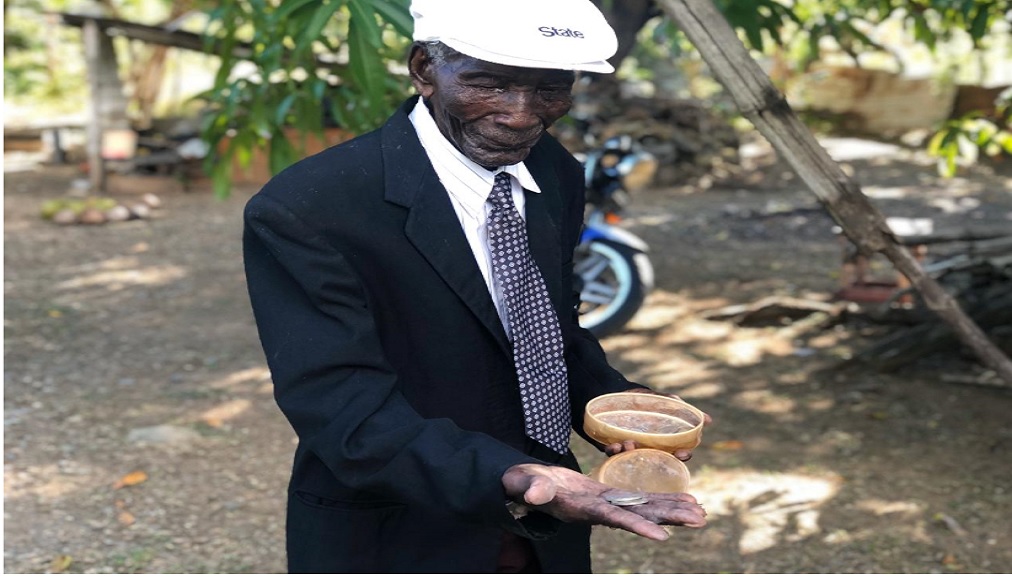 Since its establishment 152 years ago, the Jamaica Constabulary Force (JCF) has positively impacted and shaped the nation. Those who are sworn to serve and protect their fellow man do this for love of country and with a sense of honour and pride, knowing that their contribution is significant in helping to keep people safe.

Retired District Constable Elisha Bryan is one of those individuals.

The man who turns 100 on Sunday, December 1, and has the honour of being one of the oldest former members of the JCF, is challenging potential applicants to the job (JCF) to conduct themselves with extreme discipline and to "do the work clean".

The senior citizen, has also taken time out to applaud the work of the men and women who are still serving and making sacrifices daily to keep the people of Jamaica safe and wishes the JCF much success.

He made the call during a special walk with several senior members of the JCF who toured his community recently.

The JCF members from Area 5 Community Safety and Security Branch visited Mr Bryan at his home as part the JCF’s anniversary activities from November 25 – December 1.

The St. Thomas native was proud to show off his farm as he fondly reminisced about his policing service.

“The District Constable at the station at the time was about to retire and he recommended me for the post and encouraged me to take it, so when I was asked I took the job.

“August 1, 1964, in Prospect district, St. Thomas was my start as a District Constable. After that, I lectured for three days and got two shillings a day!” he exclaimed.

District Constable Elisha Bryan went on to serve for 28 years.

He served with a difference within his community and to this day, still commands the respect of those who interact with him.

“I loved the workman, I got along well with my colleagues and believe it or not, even those in custody.”

“One of my most fun memories within the organization was actually when I was sent to pick up a thief or suspect. I always went without handcuffs. I would have a conversation with them, put them in the van to sit and take them to the station with absolutely no trouble at all.

“I would even stop to get them something to drink if they requested it,” Mr Bryan recalled as he described what policing was like in his time.

Mr Bryan was also a family man. Shortly after taking up his post as a District Constable he got married on December 19, 1965, and after his wife passed in February 1978, he remarried in October of that same year.

He had four children; the two surviving today live in the United States of America. “If I could still serve today, believe me, I would.” Mr Bryan beamed with joy as he expressed himself.

In words of encouragement, he charged potential applicants to conduct themselves with extreme discipline and to "do the work clean".

He applauds the work of the men and women who are still serving and make sacrifices daily to keep the people of Jamaica safe and wishes the JCF much success.

"The Jamaica Constabulary Force salutes Mr Bryan as he enters this significant milestone and celebrates 100 years of life," the police high command stated in a release