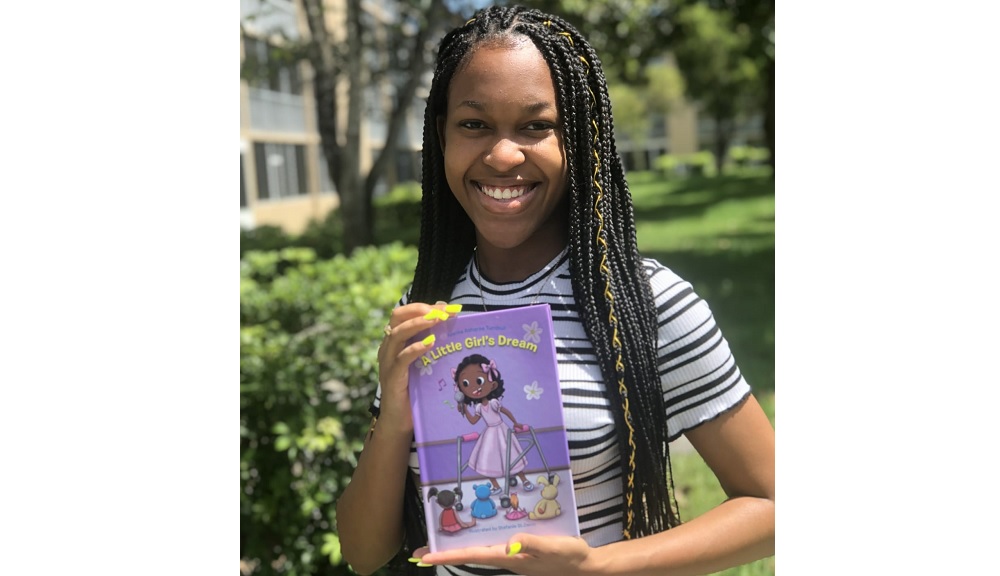 Anyone eyeing a career in the medical field must be prepared for high incidence of tragedy and sorrow. But there are also many stories of resilience, such as the one aspiring paedeatrician Aneika Asharee Turnbull saw three years ago in Florida.

"While at work one day I saw a little girl who had Cerebral Palsy and the main thing that stood out to me was the fact that even though she was physically-challenged, she was still able to help her mom carry the grocery bags and move around with her walker. I stared at her in awe because I was amazed at how strong and determined she was," she said.

That child's resolve is one of the things that inspired Turnbull to write A Little Girl's Dream, a 16-page children's book. Released in April, its hero is Ayana, an African-American girl with CP who is determined to become a singer despite her physical impediment.

Turnbull, who is from Barton's in St Catherine, wrote A Little Girl's Dream to prove that "Children with CP can still have a normal life regardless of its type and they can be resilient through it all."

According to the website, healthlinkbc.ca, "Cerebral Palsy is caused by a brain injury or problem that occurs during pregnancy or birth or within the first two to three years of a child's life. It can be caused by: Problems from being born too early (premature birth). Not getting enough blood, oxygen, or other nutrients before or during birth."

Thousands of children are born annually worldwide with CP, a condition Turnbull learned about while reading for her degree in Health & Exercise Science Pre-Clinical Health at Bethune-Cookman University in Daytona Beach, Florida.

The 22 year-old Turnbull plans to release her illustration-strong easy read in Jamaica. Its message, she said, is one that should be heard.

"I want children to know that no one is perfect and it’s our differences that makes us truly special."