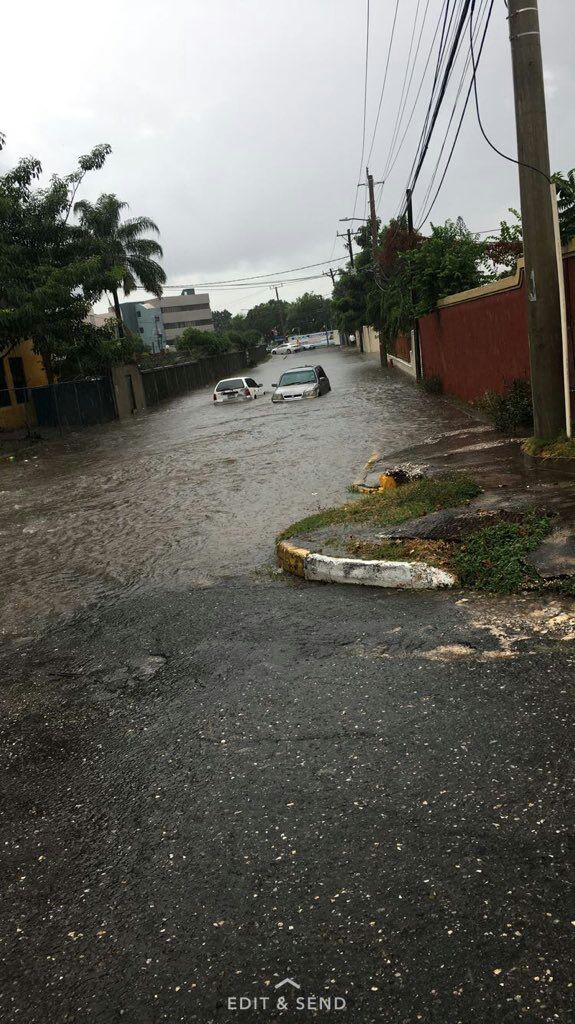 The Meteorological Service says a Trough associated with the system is now across Jamaica.

Residents in several flood prone communities on Saturday issued a call for authorities to restart their drain cleaning programme as heavy rains have started to lash sections of the island.

Residents say they are concerned that as Hurricane Irma pass over neighboring Caribbean islands, Jamaica could experience severe weather conditions that could cause flooding and with drain systems not functioning properly in some areas they were concerned.

“It is something that I am concerned about. Yesterday I was in a section of Chelsea Avenue and after just a few hours of rain the area was flooded and it has left me wondering what would have happened if the rain continued longer,” said one man who identified himself as Selvin Calame.

In Maxfield Avenue the complaints were the same.

“I am really concerned. Other Caribbean islands are feeling the full effects of Irma, we here in Jamaica are just getting rain but after a few hours of rain fall too many areas are flooding out something needs to be done very quickly,” said another resident who identified himself as Samuel Brown.

In New Haven, a flood prone community in St Andrew residents said they were also concerned.

“This is a flood prone area already few hours of rain has started to cause problems what will happen if the rains continue,” said Delroy Smith, a resident from the area.

Earlier this year Government announced that approximately $40 million was set aside to carry out major drain cleaning across Kingston and St. Andrew.

The annual programme, which started in May was carried out to reduce the flooding that usually occurs during rainy periods.

The information was disclosed by Mayor of Kingston, Senator Councilor Delroy Williams, during a sitting of the Kingston and St. Andrew Municipal Corporation at its Church Street offices in downtown Kingston.

Meanwhile the Met office have reported that eastern and central parishes of Jamaica are now experiencing moderate to heavy showers as Hurricane Irma passes north of the island.

The Meteorological Service says a Trough associated with the system is now across Jamaica.

The Met Office says the Trough is expected to remain in the vicinity of the island for the rest of the weekend.

It says the country should continue to expect periods of showers and thunderstorms as well as cloudy conditions through to Sunday.

A Small Craft Warning is in effect for offshore areas of the north coast due to strong winds and rough seas in the vicinity of showers and thunderstorms.