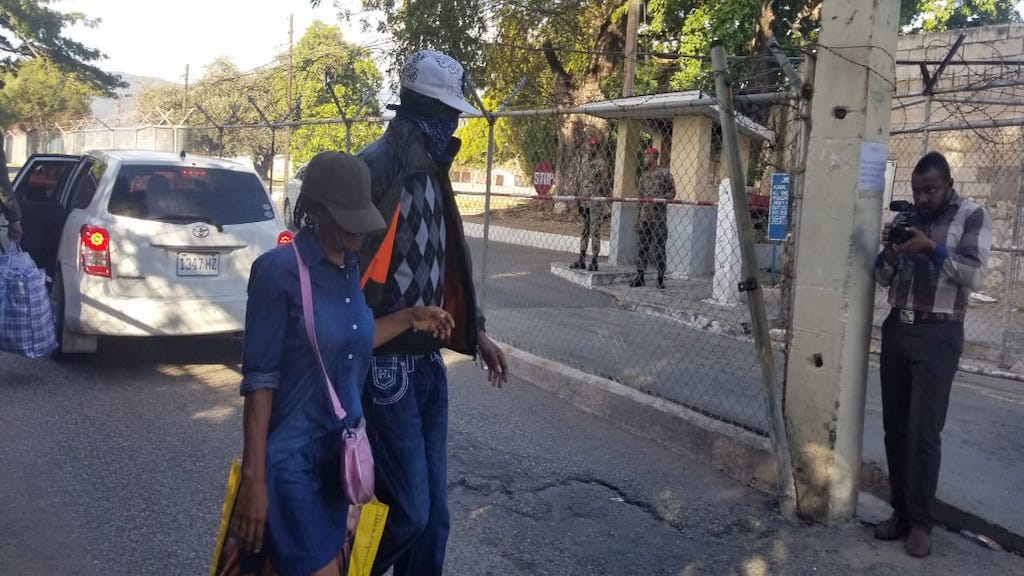 File photo of a deportee after being released by the police following processing in Kingston after being flown from the United Kingdom.

The Home Office in the United Kingdom (UK) is believed to be planning a second chartered flight to Jamaica this week for several offenders who were taken off last Tuesday's deportation flight due to a court order, the Guardian news website in the UK has reported.

The UK-based media entity has also reported that at least seven of the 17 Jamaicans who were deported last Tuesday have gone into hiding, and are fearing for their lives in Jamaica.

According to reports from the Guardian on Friday, at least three of the seven deportees who are reportedly in hiding in Jamaica have said that they fear being targeted by gangs if their whereabouts are known. Additionally, they reportedly shared that they have been staying in secret locations and are afraid of going outside.

"One of the men, Rupert Smith, said he was aware of a total of seven deportees who were in hiding and fearful of being the victims of violence if they were to live openly," the Guardian said.

The news entity said it confirmed the names of the men Smith identified as having been on the flight.

Meanwhile, all of those returned are reported to believe that their lives are in danger in Jamaica, as some had previously received threats from local gangsters, or have family members who have been threatened.

In other sections of the British media, some Jamaicans who were set to be flown back to the island, in interviews with the Independent newspaper, said that they also feared for their lives ahead of their likely return to Jamaica after British ministers defending the flight claimed that the crimes committed by the men had been “serious offences”, such as manslaughter and rape.

According to the Independent newspaper, five persons previously deported to Jamaica were killed shortly after their arrival.

Last Tuesday, 17 deportees were sent to the island on a chartered flight from the UK, and following their arrival at the Norman Manley International Airport (NMIA) in Kingston, the returned residents were processed at the Specialised Operations Unit of the Jamaica Constabulary Force (JCF) and released.

A spokesperson for UK Prime Minister, Boris Johnson, said Tuesday that all 17 are serious foreign criminal offenders who had to be deported to their country of birth.

Reportedly among them are rapists, drug offenders and others convicted of robbery and firearms offences. They have served a combined 75 years behind bars, the British media reported.

At least 25 more Jamaicans who were scheduled to be on Tuesday's flight are still in the UK after they were granted a last minute reprieve by that country’s Court of Appeal.

But according to the Guardian, the "Home Office is rumoured to be planning a second charter flight to Jamaica next (this) week for approximately 50 Jamaicans who were taken off this week’s (last week's) deportation flight after an 11th-hour Court of Appeal ruling in their favour."

There are also some detainees at the Brook House detention centre near Gatwick Airport who have reprieve from flying on this week's chartered flight because of legal actions.

The UK government has indicated it intends to appeal the decision of the country’s Court of Appeal.

Killer, rapist said to have been spared deportation flight to Jamaica