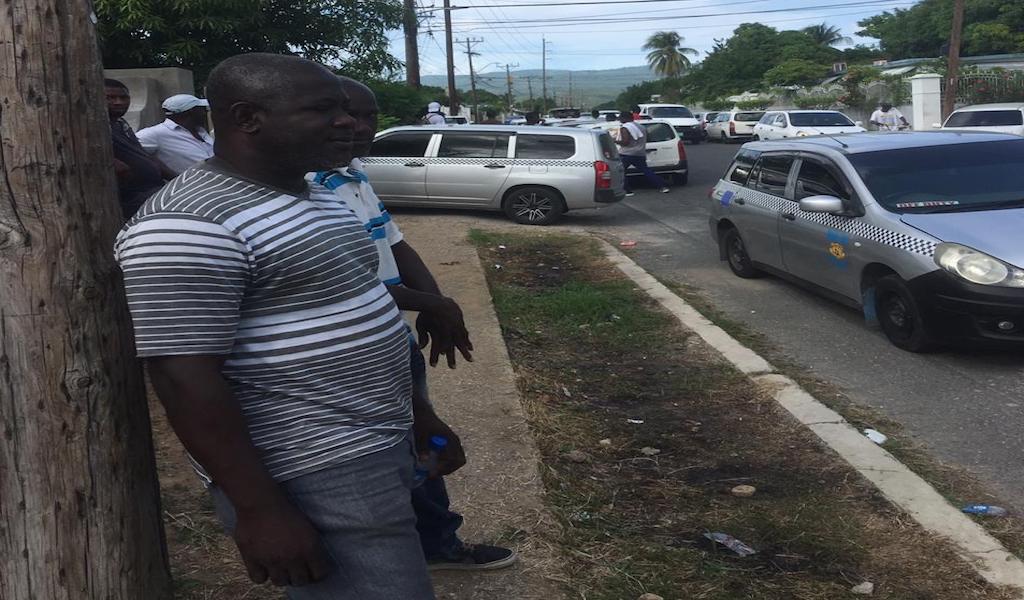 Irate taxi operators in Spanish Town, St Catherine and its environs on Thursday pulled their services for the second straight day to protest what they claim are draconian measures instituted by the Government that are threatening their financial livelihood.

The protest reportedly led to chaos and violence in the old capital on Wednesday, with blocked roads and petty vandalism as taxi operators who did not comply with the action had their windshields smashed as they attempted to work.

Scores of commuters who were left stranded had to resort to opportunistic motorists willing to make a 'buck', bike taxis which poured into the town and trucks to make their way home.

The police have been kept busy clearing roads as unruly thugs have resorted to block roads either in solidarity with the taxi men or for their own evil designs to add to the general feeling of chaos or mischief.

The Spanish Town cabbies are among public passenger vehicles operators who have been protesting all week against alleged ill-treatment by Government.

The PPV operators have vowed to continue the protest action all week until their demands are met. But the situation is heading for an impasse as the government has shown no signs of buckling under the pressure of their demands.