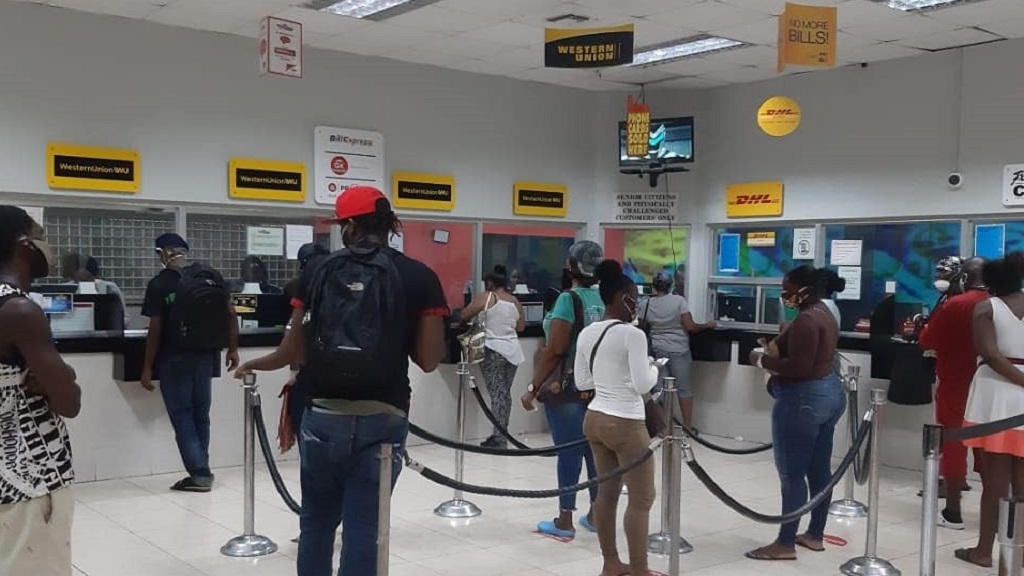 The World Bank’s projection of a 40 per cent fall-off in remittances is yet to emerge in Jamaica, as net inflows remain above 2019, according to the latest Bank of Jamaica data.

In mid-April, the World Bank projected that global remittances are set to fall by as much as 20 per cent during this year, due to the economic crisis linked to the coronavirus (COVID-19) pandemic.

For Jamaica, this could mean US$400 million less in inflows from its main remittance sources - the US, with an average of US$2.2 billion remitted each year.

The largest source market of remittances to Jamaica in June 2020 remained the US, whose share increased to 69.3 per cent, from 65.6 per cent recorded June 2019. The remaining share of remittances for June 2020 came from Canada at 10.9 per cent, followed by UK and the Cayman Islands at 10.6 per cent and 5.4 per cent, respectively.

In June 2020, Jamaica’s growth rate in remittance inflows of nine per cent was slightly below Mexico which registered a growth rate of 11.8 per cent. Meanwhile, El Salvador and Guatemala registered growth rates of -11.6 per cent and -3.2 per cent, respectively.

The increase in gross remittance inflows was attributable to increases of 44.4 per cent and 27.1 per cent in other remittances and remittance companies, respectively.

For the quarter April to June 2020, net remittance inflows of US$641.9 million increased by 20.9 per cent or US$110.9 million relative to the previous corresponding period.

The BOJ outlined that the improvement was reflective of a 15.5 per cent or US$93.4 million increase in remittance inflows, further driven by a decrease of 24.3 per cent or US$17.5 million in outflows.

The increase in inflows was attributable to a growth of 18.5 per cent in remittance companies and a marginal increase of 0.1 per cent in other remittances.