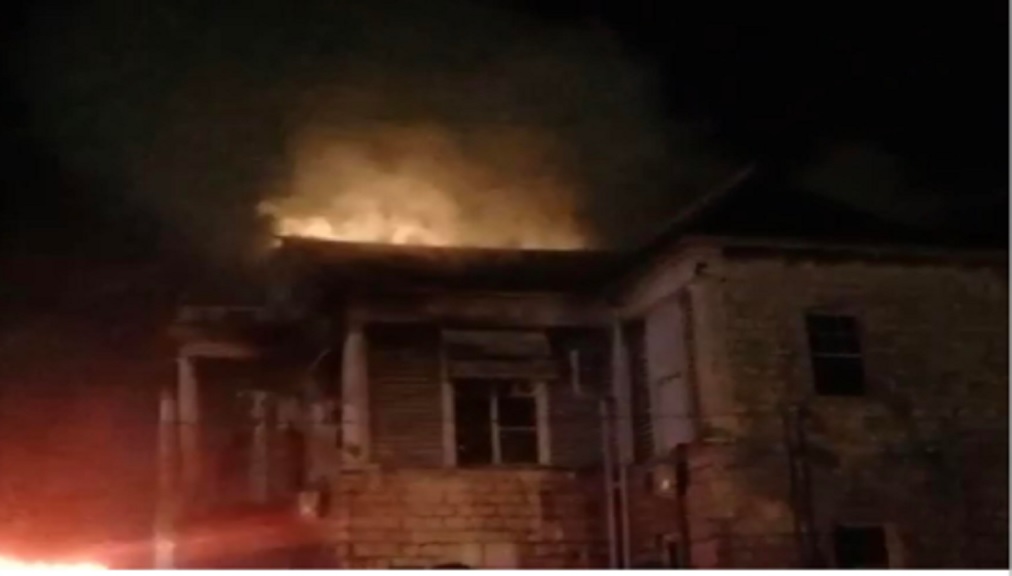 A screen grab from a video recording of the Mandeville Courthouse building on fire on Thursday morning.

All matters that were scheduled for the Manchester Parish Court in Mandeville, Manchester are to be transferred to outstations in Porus and Christiana in the parish, beginning on Monday, November 11.

An advisory to that effect has been issued by the Court Management Services (CMS) following Thursday morning’s fire which caused millions of dollars in damage to the historic building, severely impacting its operations.

The CMS also advised that all matters that were scheduled for Friday would be adjourned.

Meanwhile, the CMS said an information desk will be set up outside the Manchester Parish Court building in Mandeville to provide general information to members of the public about the relocation, and also information relating to their court matters.

The CMS further said the administrative functions of the court will be relocated to the Lay Magistrates' Association Centre at 24 Grove Road, Mandeville, as of November 18.

Fire service officials have estimated the damage to the 202-year-old building which is a heritage site, at $35 million.

Firefighters, who were alerted by passers-by, battled the early morning blaze for around an hour, and managed to contain it mainly to the upper floor of the building, primary’s the judges’ offices. Those sections of the building, along with the roof in general, were destroyed.

“The clerk of court’s office upstairs, and the bailiff’s office downstairs, were also damaged. This was, however, water and smoke damage,” a fire brigade official told Loop News.