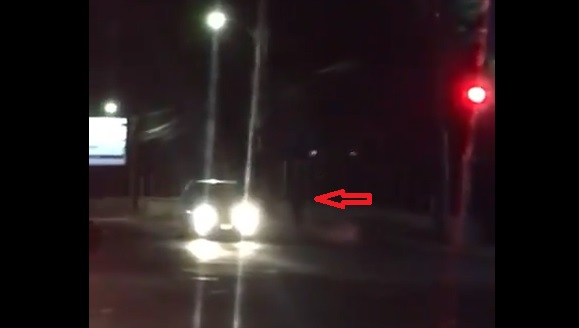 A screen grab from a video of the Trafalgar Road stoplight robber in action.

Days after social media users warned of a robber who hides along a section of Trafalgar Road in St Andrew and attacks unsuspecting motorists at a stoplight, it appears that a family member of Cabinet Minister, Olivia ‘Babsy’ Grange, has fallen victim to one such attack.

In a post on her social media page, the Culture, Gender, Sports and Entertainment Minister reported that a relative of hers - her nephew, Loop News has discovered - was the target of a robbery on Trafalgar Road.

The victim, Andre Grange, confirmed to Loop News that the robbery took place at the same spot close to Devon House where social media users reported that the robber would hide in the dark and wait until the light is about to change before pouncing on a targeted motorist.

Social media users warned that he would sometimes try to open the doors to vehicles or he grabs any item of value through open windows of vehicles, as was captured in the video below.

Andre Grange said he went by the location and when he drove off from the stoplight, he realised that a knapsack that he had in his vehicle with stuff, including documents, had disappeared.

He did not disclose if he subsequently reported the matter to the police. 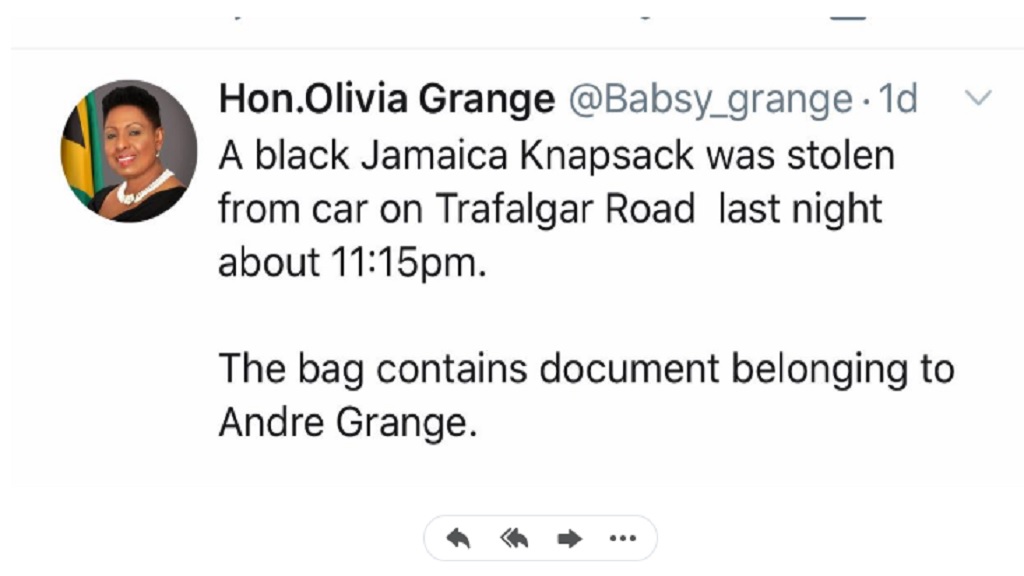 Following the most recent attack, calls are again being made for the police to not only carry out an investigation, but to launch a search or other strategies to nab the perpetrator before he strikes again.