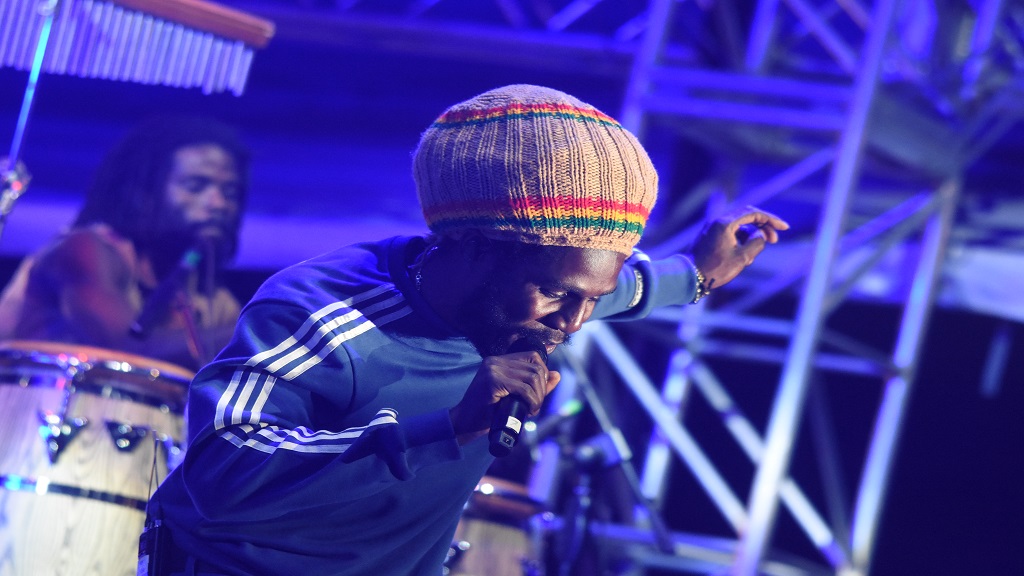 Chronixx skanks on stage during his performance at Reggae Sumfest on Sunday morning. (PHOTOS: Marlon Reid)

After the high tempo of the earlier dancehall acts, it had appeared to be a daunting task for the only reggae artistes billed on the show, Chronixx and Koffee, to get a positive response from the crowd.

However, the audience loved every minute of both their sets, highlighting that dancehall fans appreciate good music with a message and will give all the forwards necessary as long as the performance and songs resonate with them.

Before the two reggae ambassadors took to the stage, the venue was hit with a barrage of lyrical content that the dancehall was used to hearing, and concerns were heard being muttered amongst certain quarters of the audience that the two stood a heavy chance of not being able to compete with the fast pace. 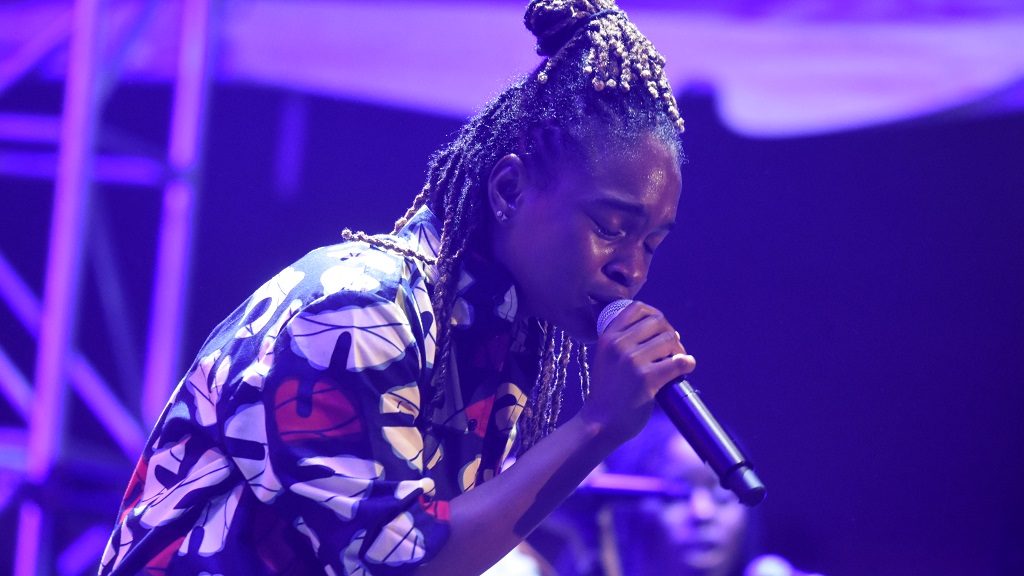 But those concerns were dashed through the window.

Koffee was first up. She had the unenviable task of performing after the explosive set delivered by the Beenie/Bounty combo and she did just right.

She could do no wrong in the eyes of the crowd at Catherine Hall. Her innocence has endeared her to the world and everybody was captured when she mouthed off her 'Rapture'; bounding all across the stage, the youthful sensation was the 'Toast' of the predawn hours. Her fire was 'Burning' brightly.

Chronixx entered the stage at 4:56 and delivered a powerful set which included 'Skankin Sweet', 'Here Comes Trouble' and 'Likes'.  An hour and 15 minutes after dawn had long broken but no one moved and the thousands of patrons were all but hypnotised by the sugary-voiced Rastaman. He spiced his set with the invitation of his father Chronicle and a Nigerian chanter known as Mr Easy with whom he has done collaborations.

The concert is running behind schedule and will see about six more acts including Dexta Dapps, Squash and others.