Reggae Marathon hails beloved participant who passed away at 94 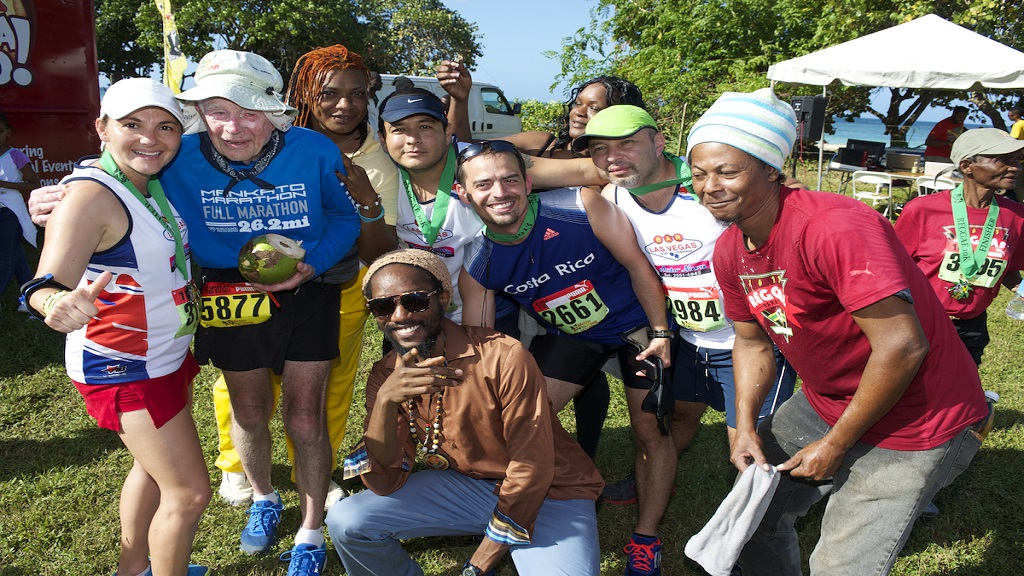 Burt Carlson (second left) posing with other runners at the Reggae Marathon in Negril, Westmoreland.

Burt Carlson, one of the oldest persons to have ever participated in the Reggae Marathon, has died.

Carlson passed away on March 10 at age 94, the event's organisers announced Friday in a press release.

He began running at 57 and ran 100 marathons after his 81st birthday.

In paying tribute to Carlson, Alfred ' Frano' Francis, Race Director for Reggae Marathon, Half Marathon and 10K said:  "Burt, having participated in 11 of our 19 events, became a member of the Reggae Marathon family.  Team members, media and fellow runners all looked forward to seeing him each year.  He was an inspiration to runners and a blessing to us all.  He will be missed. Rest in peace Burt.”

Marathoner Greg Merth, who also started running in his later years, recalled meeting Carlson at a half marathon in Minnesota about seven years ago.

“He was already a legend and I couldn’t let the opportunity pass for me to shake his hand.   As we chatted, at the start-line…I told him that my wife and I made frequent trips to Jamaica and he advised that he had run the Reggae Marathon 10 times to that point. He has been an inspiration to me,” Merth said in tribute.

According to the Minnesota Star Tribune, Carlson, known as the ‘Mound Man’, took part in over 324 Marathons and Ultra Marathons.

Carlosn was born in Minneapolis on September 26, 1925, to Bennett and Myrtle Carlson. He was raised in Minneapolis and attended Minneapolis Central High School. He graduated from the University of Minnesota with a degree in mechanical engineering.

He went to work for 3M Co., designing facilities for many of the company’s plants. He retired in 1990.

In retirement, running took him all over the world. He ran in all 50 states and in nine countries on seven continents.

Christmas Greetings from Yard: Shout out from Reggae Marathon