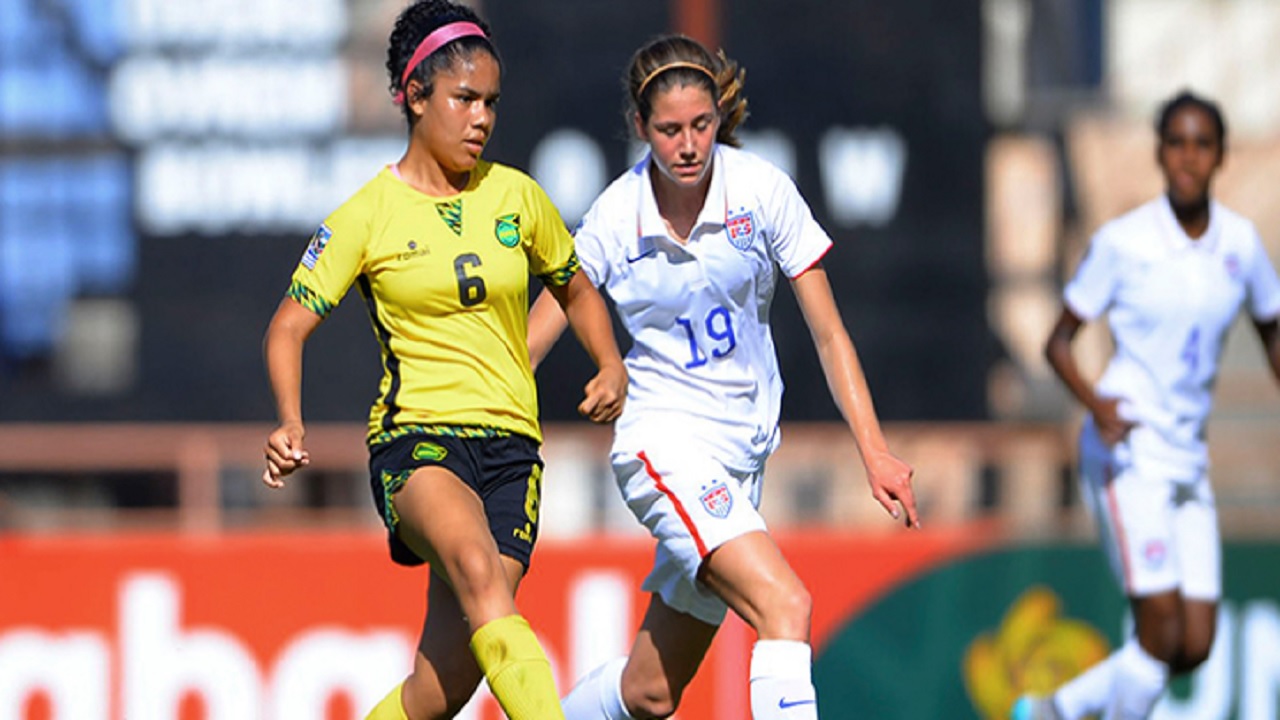 Jamaica’s Reggae Girlz suffered a gut-wrenching 2-1 loss against Venezuela after missing two penalties, one inside the final minute, in the Central America and Caribbean (CAC) Games football opener at the Estadio Julio Torres Moderno in Barranquilla, Colombia on Thursday

“I haven’t been in a game like this in a long time where we had every opportunity to win it, and should have won it, and we find a way to lose it,” said head coach, Lorne Donaldson.

Jamaica’s top striker, Khadija Shaw – who got injured as her ankle twisted into the astro turf at the fifth minute - was at one time the hero, but ended up being the villain. Shaw scored at the 14th to give the Jamaicans the lead, taking a pass off Sashawna Campbell on the right side of the penalty box, from where she angled a grounder across Venezuela’s captain and goalkeeper, Lisbeth Castro, into the far-side of the net.

The latter would later gain the upper hand in her battle against the towering Jamaica striker when she saved penalties taken by Shaw at the 74th and 93rd minutes. Both attempts were side-footed to either side of Castro, who dived to comfortably save the knee-height spot kicks.

To make matters worse, the second Venezuelan goal was conceded after a low free-kick eluded goalkeeper Chris-Ann Chambers’ diving attempt, to squeeze into the net. Prior to that, Chambers was having a good game in terms of ball-handling, reading the game and interceptions against a team with good skill that moved the ball well along the ground while dominating possession.

Jamaica, however, with the omni-present threat of Shaw, were content to sit back and defend then hit on the counter to create the better scoring opportunities, despite Chambers being forced to make a stupendous save, diving low to keep out a point-blank header from Oriana Altuve.

There were stoppages near the mid-point of either half, to give the players a cooling down break in the game that kicked off at 10:00 a.m., with temperatures soaring above 100 degrees and humidity 72.

Shortly after, Castro saved Shaw’s penalty and denied Jamaica the lead for a second time, as the Venezuelans were reduced to 10 players because Nubiluz Rangel, the last defender, brought down Shaw from behind.

It took a while for the Jamaicans to capitalise on their numerical advantage, but as they were resolute in defence, so they advanced their efforts to secure a goal. All that hard work, if only for a fleeting moment, appeared set to reap rewards when late substitute defence-splitting diagonal pass whipped in by fellow sub, Devena Reid. However, with Castro at her mercy, the otherwise decent Lawes had her powerful attempt blocked by the goalie.

Not even a minute later, Petra Cabrera handled a cross to prevent Jamaica a scoring opportunity at the death. Once again, Shaw’s finish was found wanting as Castro summed up the perfect save to deny the Jamaicans a point.

“It’s our top player, she always delivers. She (just) had one of those games, missing two penalties, giving up a soft goal, we did everything to win it, but just couldn’t find a way to win it. It’s sport, it happens, it’s unfortunate, we have to just regroup mentally and physically and move on,” reasoned Donaldson.

Responding to queries about the decision to hand Shaw the second penalty, Donaldson, a former national striker, said he backed up her optimism.

“She was confident enough because she wanted to rectify the first one, she’s that kind of player,” he affirmed. “She’s brought us a lot of glory and she said ‘I’ve missed one’; I’ve never seen her miss one, and she felt confident in herself so we just had her take it because she felt like she would score it.

“It’s a learning experience for everybody, it’s a learning curve. Even when we saw that, she has to get up and play and we’ve to uplift her because the best players in the world miss them. The problem is she really has never missed one. All we’ll try to do is encourage her … where she’s right now we feel she’s going to come back and she’s going to be a big player for us.”

Jamaica, without a point, will play the next game against Costa Rica on Saturday, before tackling hosts Colombia on Monday. The top two from the four-team group will advance.