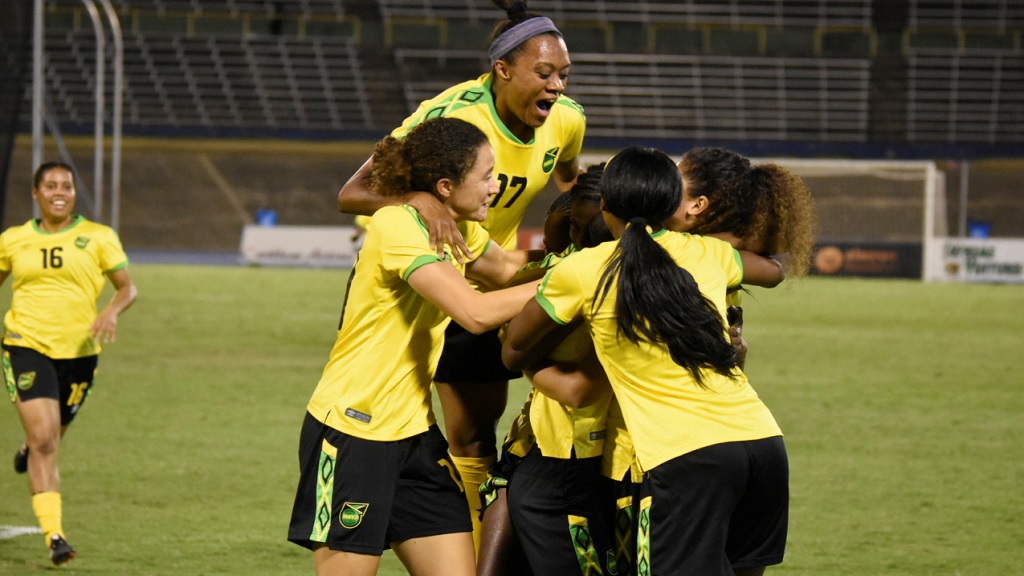 Jamaica's Reggae Girlz and South Africa battled to a 1-1 draw in a friendly international game at the Moses Mabhida Stadium in Durban on Sunday.

Both nations are preparing for this summer's FIFA Women's World Cup in France.

The Reggae Girlz created history on October 17, 2018, in the United States by becoming the first Caribbean team to reach the FIFA Women's World Cup.

Just like the Reggae Girlz, South Africa Women's team known as Banyana Banyana will be playing in their first FIFA Women's World Cup.

South Africa were aiming to claim a morale-boosting victory, having gone six games without a win in 2019.

The South Africans came close to breaking the deadlock twice. In the 20th minute, Jermaine Seoposenwe failed to finish off Refiloe Jane's pass.

In the 26th minute, Motlhalo found a breakthrough for Desiree Ellis' team as she beat her marker to fire her side in front.

The Reggae Girlz had a glorious chance to hit back but they could not take advantage of the host's defensive blunder in the 33rd minute.

Khadija Shaw leveled the scores 14 minutes into the second half when she finished a beautiful run, beating hapless Andile Dlamini.

In the 61st minute, South Africa were awarded a penalty after a Jamaican player handled the ball inside the penalty area. However, Leandra Smeda missed the chance to give her side the lead as she hit the crossbar.

The draw in Durban was the third for the African side in seven Women's World Cup preparation games played this year and second on home soil, while the Reggae Girlz were coming off back-to-back home victories against South American side Chile.

The Reggae Girlz had won the first assignment against Chile 1-0 on February 28 at the National Stadium in Kingston and the second 3-2 at the Montego Bay Sports Complex on March 3.

The Reggae Girlz will take on Brazil, Italy, and Australia in Group C of the 2019 FIFA Women’s World Cup.