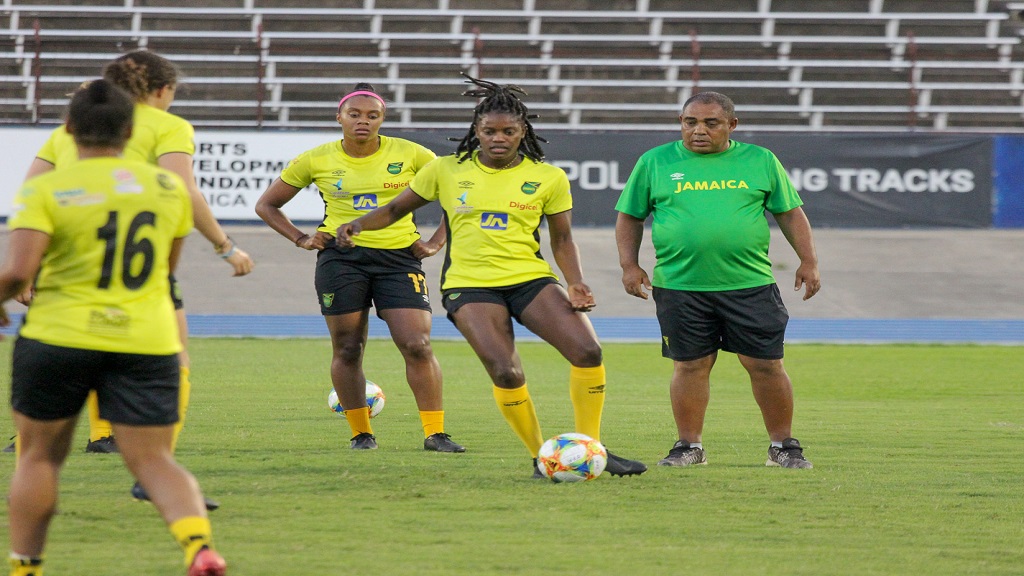 Jamaica's Reggae Girlz will face Panama at the National Stadium on Sunday at 6:00 pm in an international friendly, which serves as a farewell before the FIFA Women’s World Cup in France from June 7 to July 7.

After the match, the squad will depart a day later for a short camp in South Florida, before flying to the United Kingdom for a friendly against Scotland in Edinburgh on May 28. 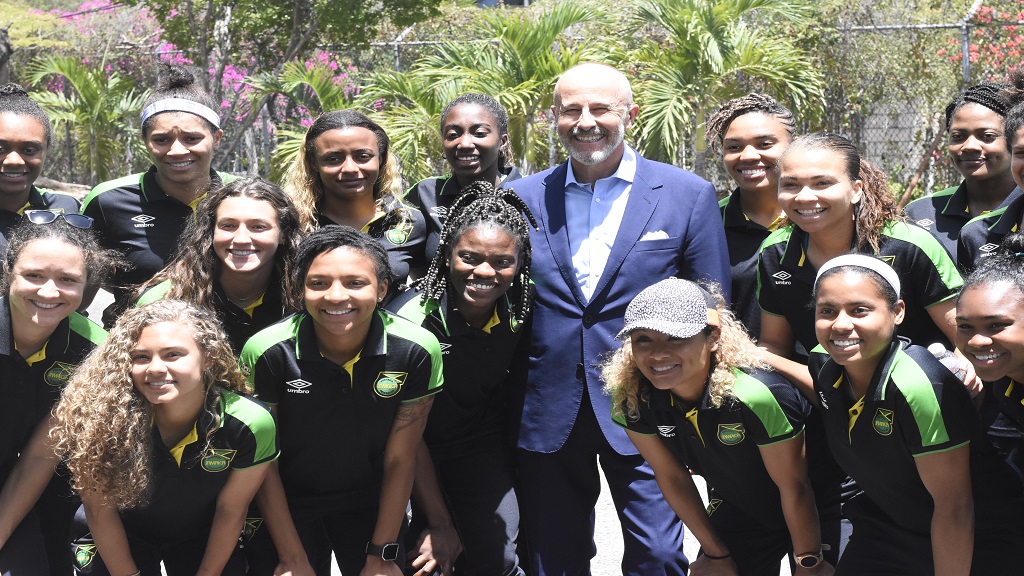 The Reggae Girlz huddle for a group shot with French ambassador to Jamaica, Denys Wibaux at the French Embassy on Tuesday, May 14, 2019.

Sunday’s international friendly against Panama comes seven months after Jamaica defeated the Central America team 4-2 on penalties following a 2-2 draw in their third-place playoff match at the 2018 Concacaf Women’s Championship at the Toyota Stadium in Texas to qualify for the FIFA Women’s World Cup.

The qualification was historic as Jamaica became the first Caribbean team to reach the FIFA Women's World Cup.

The historic qualification follows the success of the men’s squad, which participated in the World Cup for the first time in France 1998.

The Jamaica Football Federation had stated that Panama would be fielding the same squad, which played the Reggae Girlz in the deciding Concacaf Women’s Championship on October 17, 2018. However, Panama coach Victor Suárez said he is focussing on building a squad that can qualify for the 2020 FIFA Under-20 Women World Cup.

“Jamaica are difficult rivals. We came to have a friendly match with them, and we are going to play our hardest and enjoy the game,” said coach Suárez shortly after arriving at the Norman Manley International Airport. 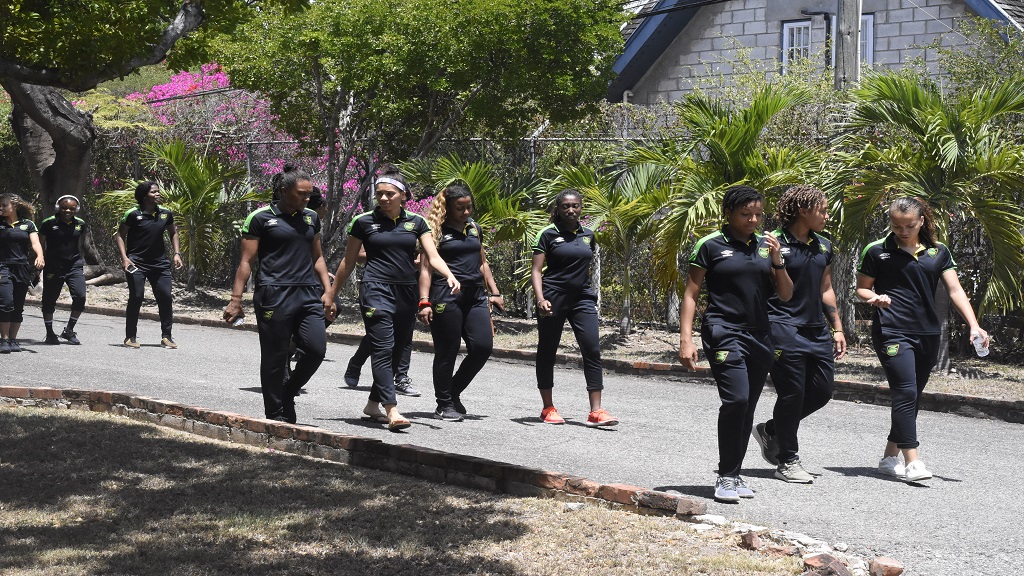 The Reggae Girlz arriving at the French Embassy in Kingston on Tuesday, May 14, 2019. The Girlz were hosted by French ambassador to Jamaica, Denys Wibaux.

Reggae Girlz head coach, USA-based Hue Menzies wants to give Jamaica a good farewell game before heading off to the World Cup.

Menzies said, “We will play attacking style football and see how fit they (Panama) are. Our transition is important for us and we have some special players we want to showcase, so hopefully, they can turn up and put on a show.”

With the 23-woman World Cup squad still to be named, an interesting game looms as players are still fighting for seats on the plane to France.

Coach Menzies was expected to finalise the World Cup squad earlier this week citing that “we heard some good news just today (Monday) that two of the three players had gotten their international clearance, so based on that, we will be finalising our World Cup squad hopefully within the next 48 hours,” making reference to world governing body, FIFA eligibility rules, which could deny some players born outside of Jamaica to Jamaican parents the chance to represent the country.

Menzies has until May 24 to submit to FIFA his 23-member squad.

The Reggae Girlz will be without a member of the coaching staff for Sunday as assistant coach, Andrew Price has been suspended for two weeks for insubordination. And coach Menzies said that the presence of Price will be missed.

“Obviously we don’t have everybody because of the FIFA window, so they (other players) will join us in Miami, but we feel we have a good pool of players and that’s what we want to create, because after the World Cup we are going to have many things going on so we have to create a pool of players,” said Menzies.

Striker Trudi Carter makes a return to the Reggae Girlz squad for the first time since October as a result of a knee injury she sustained, just weeks after making her professional debut for Italian club AS Roma.

“It is good to have Trudi back.  She is rested and is healing but you know like every other athlete she got to work through some of those mental aspects when someone comes from an injury,” Menzies said.

The coaching staff has drafted in young players Madiya Harriott, Mireya Grey, and Chyanne Dennis into the 23-member squad.

Meanwhile, the JFF said that Jamaica's female referees Princess Brown and Stephanie Yee-Sing will officiate in the game.

The female referees will make history at the 2019 FIFA Women's World Cup in France when they will become the first Jamaican match officials (male or female) to work together at a senior world cup event.

Both officials officiated in the final match between Mexico and Spain at the 2018 Under 17 FIFA Women's World Cup. Both have been refereeing for over six years.

The referee in the middle will be Marinela Cruz Araya from Costa Rica.